37 Ways to Mess Up a PayPal Scam

I have a boat for sale. The sea is still one of my big passions, but I simply have too little time to use it. So I decided to let it go. I will buy a bigger one later, when and if I have more time. It’s still winter in Finland and all the small boats are on dry land covered by snow. But spring is approaching and the boating fever is spreading. It’s the right time to publish an ad on the net.

Soon I get a mail from a nice young lady. Let’s call her Mrs. Witney De Villiers, as that is what he or she called herself. (Probably a randomly picked false identity, any similarity to real existing persons is purely coincidental.) She was very keen on buying my boat and we had a nice conversation over a couple of days. I did unfortunately not sell the boat, but I got a nice story to tell instead. I will not bother you with all the details, so here’s a shortened version with all the important parts included.

– Hi, I’m in Mexico and I want to buy your boat. How long have you had it? What’s the final price? (Well, I’m in Finland and this is the point where I became more or less convinced that it is a scam.)
– I have had it for five years.
– OK, the price is fine. I want to buy it. Please take down the ad. What’s your PayPal account info so that I can make a payment? I’ll cover the PayPal charges. (Needless to say, the ad remained up.)
– Good news. I can accept wire-transfer which would be a lot cheaper for you than PayPal. (She can’t accept if this is a traditional PayPal scam.)
– Sorry, but I can’t do wire-transfers now. I only have access to PayPal because bla bla blaa …. (Yes, another scam-indicator.)
– OK, I created a PayPal account. Here’s the account info. But there’s some paperwork we need to handle before we proceed. Please fill in the buyer’s part of this attached contract and mail a scanned copy to me. I also need a picture of your photo ID. (The provided PayPal account info was false.)– Great! I have made the payment. “Check your mail as there should be a confirmation mail from PayPal. I made an extra payment of 3650 € and I’am sure you noticed that, you’ll have to send the extra amount to the Shipping Company through Western Union right away, so that they can come ahead for the pick up and also you should send your address where they have to come for the pick up and also the necessary Western Union Payment Information.” (All the key elements in this very traditional scam becomes visible at this point. This is where you should realize what’s the name of the game, if you haven’t figured it out already. A faked mail from “PayPal” appears in my spam folder.)
– Hold your horses. We need to do the paperwork first. See my previous mail.
– “I want you to know that I have made an arrangement for you to receive the copy of my ID and my other necessary data for the boat. I want you to know that the courier representative coming over for the pick up has all he said documents in an enclosed confidential envelope with him which he will deliver to you in person.”
– Well, we really need to close the deal and have a legally binding agreement before we can arrange for transportation.
– “I understand your concern and certify that all sales is final. Your show of concern has given me a very good fact that you are indeed an honest seller hence, the reason why I am using this medium to confirm to you that all sales is final and I am satisfied with the present condition of the Boat.. so you can now proceed with the western union and get back to the paypal with the western union scan receipt so they can release all the fund into your account immediately..More so, send me a copy of the western union receipt… i look forward to read from you…” (Contract and passport files attached. Oh gosh what a poorly faked British passport!!!)
– Thanks, but you forgot to sign the contract.
– “Oh sorry, I write my name as the signature.. i hope to receive a copy of western union receipt from you today…” (That “signature” was typed, not handwritten.)
– Just want to let you know that I need the SIGNED contract before 3 PM. Otherwise I will not have time to go to the bank. And I’m traveling tomorrow so I will be unable to handle transactions. (To create urgency is a common scammer tactic. 😉 )
– “Have signed on the contract.. i wait to read from you with the western union receipt..” (Printed, handwritten and scanned this time. It’s 4 AM in Mexico when this part of the conversation takes place.)
– WTF!!! The bank refused the transaction. The recipient is on some kind of international blacklist, apparently suspected for criminal activities. (Well, I wasn’t completely honest here.)
– “How about you go there and split up the money in to 2 and send on two transaction.”
– I’m certainly NOT going to send any money to a blacklisted company!
– “here is another shipping company info [another private person in US] I wait your story again” (We enter the threatening phase. A while later a mail appears in my spam folder. “PayPal” will take “LEGAL ACTION” and hand me over to FBI if I don’t pay in 24 h.)
– What are those clowns at PayPal up to now? They talk about some legal action against me even if I haven’t entered into any legally binding agreement to transfer money. Do you have any clue, or maybe I should contact PayPal directly and ask what they think they are doing? (Let’s see how/if they react. Contacting PayPal would reveal the scam instantly.)

Next I got a long mail pointing out how honest this lady is and how keen she is to do business with nice and honest sellers like me. But she can’t unfortunately do anything about the PayPal actions as the purpose of all that is to protect both the seller and buyer. She points out that even a smaller sum would be enough to release the payment into my PayPal account (ok, we are in the bargaining phase). At this point I decided that this blog post is becoming far too long and chose to not respond at all. She didn’t get back to me either. They probably realized that they are not going to get 3650 € from me and gave up.

37 sings of a PayPal scam

As you have noticed, I became wary at a pretty early stage. There were several details in this conversation that made me suspicious. 37 to be more precise:

Sounds hilarious, doesn’t it! The PayPal scam is so obvious when presented in this way. And forcing the scammer out of the ready-made script makes the act crack up even more. But the sad fact is that people are lured by these guys daily. A lot of this seems to be done in volume so they must be dealing with a significant number of victims every day. Their way to do business very quickly and easily may seem feasible for smaller bulk items, and may not ring the alarm bells in the same way as when dealing with bigger items. Big or small item, it’s always a good idea to take a critical look at the whole case and look for discrepancies like this. Many of the points listed above are on their own enough to spot the scam. Also make sure that they can’t orchestrate the show on their own. Think about what you need to be able to trust the other part, and be persistent about getting what you want. Reluctance to comply is a pretty strong sign that something is fishy.

The core point for anyone who runs into cases like this is however to understand how the scam works. That’s the key to recognizing it in practice. You are promised money but something must be paid before the transaction can be completed. Sounds familiar? Yes, this is basically the same scenario as in the Nigerian scams. The core of the scam is that the money you are to receive is just a promise, but the money you transfer to someone else is real. The PayPal scams may be somewhat more effective as many people trust PayPal. It’s not an official bank, but many people think of it as a bank. You may believe that this trusted party is holding the money and securing the transaction. In reality, all you have got is a faked mail. There is no PayPal transaction and the promised money is just numbers written in the mail.

If you fall for the scam and pay, the scammers will vanish like smoke in thin air. PayPal can’t help you as this has nothing with them to do. The scammers have just misused PayPal’s name. And the payment method used to collect your money is always irreversible and provides no security for the sender.

So to summarize. If you ever consider engaging in a transaction with strangers and where money is relayed through you, you should:

What really strikes me is how poorly this false buyer’s role is created. Some simple Google searches is all it takes to reveal the scam. And many discrepancies would have been so easy to fix. Are these guys really “America’s dumbest criminals”?

Maybe, maybe not. The point is probably that you need to be suspicious before you turn to Google. And once there you will find descriptions of this type of scam no matter how well the scammers have tried to eliminate discrepancies in their story. So once you get suspicious, it’s game over for the scammers anyway. The most profitable tactic for them is maybe to run the scam en masse without caring about the details, and just harvest those who won’t get suspicious until it’s too late. Or maybe they’re just stupid and can’t do any better? (Believing that anyone would fall for that fake passport would indicate the latter.)

Well, the boat is still for sale. Anyone interested? 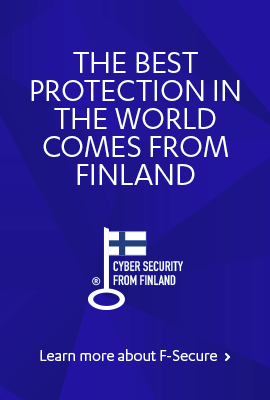