A Hammer Lurking In The Shadows

And then there was ShadowHammer, the supply chain attack on the ASUS Live Update Utility between June and November 2018, which was discovered by Kaspersky earlier this year, and made public a few days ago.

In short, this is how the trojanized Setup.exe works:

If you’re more interested in the technical details, our colleagues at Countercept have made an excellent write-up here.

More researchers jumped on this threat and wrote their own analysis as well, such as here and here.

In this post we will focus more on the differences between the variants we have discovered, and how the payload evolved over time. We will also cover some findings about the MAC addresses.

Looking at the list of MAC addresses, it appears that some of them are wireless adapters from different manufacturers. It’s possible that the attackers gathered these by listening on a wireless network. Also, it suggests that the targets are mostly laptops as most of the wireless adapters seem to be Intel / Azurewave / Liteon. 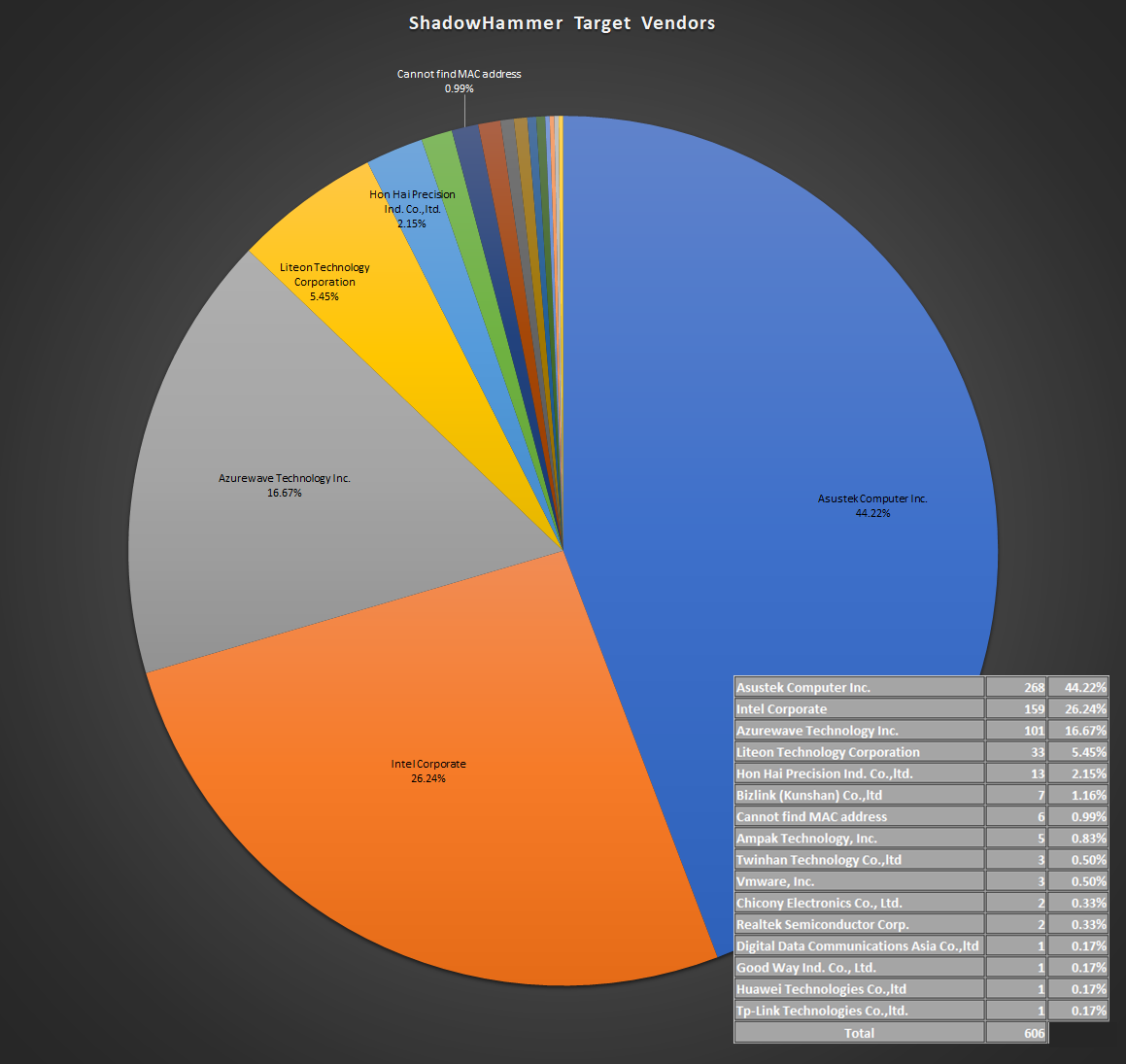 If you notice in the chart above, there were about 6 MAC addresses that didn’t resolve to any vendors:

0c:5b:8f:27:9a:64, which was found in 8 samples, appears to be a Huawei wireless chip address. It is not assigned to Huawei, but looks like it’s being used in Huawei E3372 devices, which is a 4G USB stick. This particular MAC address is always checked along with a specific Asustek Computer Inc. MAC address.

00ff5eXXXXXX is always checked along with a VMWare MAC address, which suggests that this MAC address is used in virtualized environments.

In the most recent sample, there were a total of 18 devices of interest. But here are those that were checked as matches: