In 1853 a strange new invention appeared in the English cityscape, and caused a small wave of moral outrage among Victorians. This perceived threat to social order was not a new drug, political movement or saucy romance novel, but the seemingly harmless letter box. One reason was the shocking development of women now being able to post letters without consent from their husbands or fathers, and the other one was that sending anonymous letters would now be even easier. Maybe Victorians weren’t very thick-skinned, and were worried about unsigned letters calling people zounderkites and rantallions skyrocketing. Who knows?

History now tells us that these attempts to control this early form of long-distance communication were ridiculous. And yet, a modern version of this debate is happening even today: there are those who want to make encrypted, anonymous communication available for everyone, and those who wish to restrict it. No new technology comes without drawbacks, and encryption is no exception. However, just as with the Victorian letter box, the pros greatly outweigh the cons.

But why do people want to be anonymous online? Those who oppose encryption and other methods which advance online anonymity often throw around the tired argument “If you don’t have anything to hide, you have no need to be anonymous”. Not only does this statement show an astounding lack of perspective, it is also blatantly false. According to CBS there is a rising increase in desire for online anonymity, and there are many perfectly valid and legitimate reason to cover your tracks online.

A lot of us just don’t feel comfortable with their Internet Service Provider (ISP), employer or even government having access to their surfing information. We all have a right to privacy, but technology is increasing the size of our digital footprint to the point when we can never know who is monitoring what we do online. Legislation, like the aptly nicknamed Snoopers Charter have the potential to give governments and ISP’s blanket rights to monitor web traffic of normal users in the name of security. This means the responsibility to protect our individual privacy rests increasingly in our own hands, and VPN services like our own FREEDOME go a long way in making that happen.

For many people, it’s about control. We share aspects of our lives and personality on social media and other websites, but the choice of what we share should be ours to make. This control is taken away by advertisers and tracking companies, who collect information about us from different websites and piece them together to form elaborate dossiers which contain way more information about us than most would be comfortable sharing, like your medical information or what kind of porn you watch. For many, part of being anonymous online is blocking this kind of intrusive tracking, and it’s hard to find fault in that.

The most serious group of people wanting anonymity are those for whom it is not so much a matter of principle but a matter of life and death. We are talking about activists, journalists and opposition supporters who operate under oppressive regimes or in places where criminals seek out and silence those who speak against them. It’s easy for those who support intrusive privacy legislation to forget that the governments who enact them will invariably have ulterior motives to “catching terrorists” or “protecting national security”: they give governments the power to control what we say.  Open and free communication is the greatest tool the masses have to keep those in power accountable for their actions, and there is nothing open or free about the kind of mass surveillance which is happening more and more, legally and otherwise.

What are your reasons to be anonymous online? This is not a black & white subject, and we’d be glad to hear your thoughts via Twitter: @FreedomeVPN. 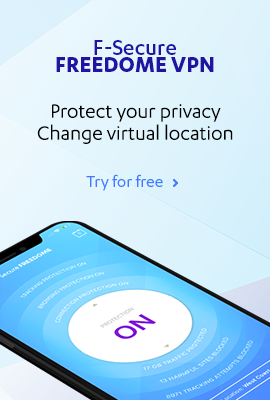