What is a data poisoning attack?

The performance of a machine learning model is highly dependent on the quality and quantity of data it is trained with. In order to train an accurate machine learning model, a large amount of training data is often required, and in order to obtain enough training data, practitioners may turn to potentially untrusted sources. This decrease in data quality, especially if that data wasn’t systematically checked to verify the correctness of its labels, opens the door to data poisoning attacks in which deliberately incorrectly labelled data can be inserted into a model’s training set with the goal of compromising the accuracy of that model.

A data poisoning attack aims to modify a training set such that the model trained using this dataset will make incorrect predictions. Data poisoning attacks aim to degrade the target model at training or retraining time, which happens frequently during. Poisoning attacks have a long-lasting effect because they compromise the integrity of the model and cause it to make consistent errors at runtime when making predictions. Once a model has been poisoned, recovering from the attack at a later date is a non-trivial procedure.

There are two different sub-goals for a data poisoning attack:

Let’s take a simple example of a model designed to detect fraudulent orders placed on an e-commerce website. The model should be able to predict whether a placed order will be paid for (legitimate) or not (fraudulent) based on information about the given order. The training set for this model consists of details contained in historical orders placed on the website. In order to poison this training set, an attacker would pose as a user or users of the site and place orders. The attacker pays for some orders and doesn’t pay for others such that the predictive accuracy of the model is degraded when it is next trained. In the denial-of-service attack case, the goal is to cause the fraud detector to make incorrect decisions for any order placed by any user. In the backdoor/trojan attack case the goal is to cause the fraud detector algorithm to make incorrect decisions only for actual fraudulent orders placed by the attacker.

In order to execute a backdoor/trojan attack, an attacker places and pays for a number of orders using their own account which contains the same name, address, and other details as fraudulent orders they plan to place in the future. This order history will then be used to train the fraud detection algorithm. Later, the attacker can use the same account to place new orders and not pay for them. These fraudulent orders will be deemed legitimate by the model and will cause the merchant to lose money.

Poisoning attacks are usually realized using one of two methods:

The requirements to execute these two attacks differs. In order to perform data injection, an attacker needs only interact with the e-commerce site itself in order to generate synthetic data points and corresponding labels. In order to perform label flipping, an attacker must be able to change the labels of real data points that already exist in the training data. Although most attackers do not have the means to directly alter this data, in our fraud detection scenario, an attacker could use customer support mechanisms to submit feedback about “incorrectly” classified transactions in order to manipulate historical labels.

Data poisoning can be performed in an ad-hoc manner using either data injection or label flipping. When performing data injection, the attacker can make guesses about how the model provides predictions and thus create and inject new data that is expected to change these predictions. In our fraud detection example, the attacker pays for orders similar to ones they intend to place (but not pay for) later. What makes orders similar can only be assumed in this case and the expected impact of the injection on the decision of the model cannot be predicted. In label flipping, the attacker can modify the labels of randomly picked data points in the training set to achieve the same goal. Once again, while we know that by flipping the label of enough data points, we will degrade the accuracy of the model, the exact impact of this random attack cannot be anticipated.

Since machine learning models are built using standard algorithms that solve well-defined optimization problems, more effective data poisoning attacks can be mounted. Given some knowledge about the model and its training data, an attacker can generate synthetic training data points that will optimally degrade the accuracy of the model. The attacker can thereby optimize a poisoning attack by injecting the minimum number of data points required to reach their poisoning goal, whether it be denial-of-service or backdooring.

To generate effective poisoning data points, we must start by considering how a dataset is used to train a machine learning model. Training a model involves optimizing an objective function that typically aims to minimize the (a distance) between predictions made by the model and the true labels in the training data. Through this process, the model learns to make correct predictions on the training data points. These correct predictions are expected to later generalize to new testing data (which is not part of the training set). Effective model training relies on the assumption that the training data is similar to, or comes from the same distribution as, the testing data that will be provided to the model at runtime. The goal of a poisoning attack is to challenge this assumption by modifying the training set such that it does not match the true distribution of the testing data . This is most often achieved by adding data with incorrect labels to the training set (using data injection or label flipping).

Knowing that the objective function used during model training aims to minimize the training error (prediction error on the training data), an attacker can generate new training data points with the goal to maximize the testing error (prediction error on the testing data). An optimal poisoning data point xp can be algorithmically generated for a given model by solving a bi-level optimization problem that (a) minimizes the training error while (b) maximizing the testing error on some test set chosen by the attacker. This means that the poisoning data point xp is generated such that when it is used together with a pre-defined training set to train a particular model, the resulting model will maximize the testing error on the test set chosen by the attacker. This problem can be solved iteratively using gradient ascent optimization for models trained using gradient-based algorithms such as Support Vector Machines (SVM), logistic regression, or (Deep) Neural Networks.

In order to optimize the generation of poisoned inputs, we need some knowledge of the model we’re trying to poison. Ideally, we need to know:

We now explain how to generate poisoned data points algorithmically by solving the bi-level optimization problem described above. In this example, we’ll use a training set composed of 200 data points, belonging to 2 different classes (blue and red), each represented by 2 features (for visualization purposes). We use this dataset to train an SVM model (with RBF kernel). Figure 2 illustrates the data points and model decision boundaries. This SVM model was evaluated using test data on which it reported 95% prediction accuracy. 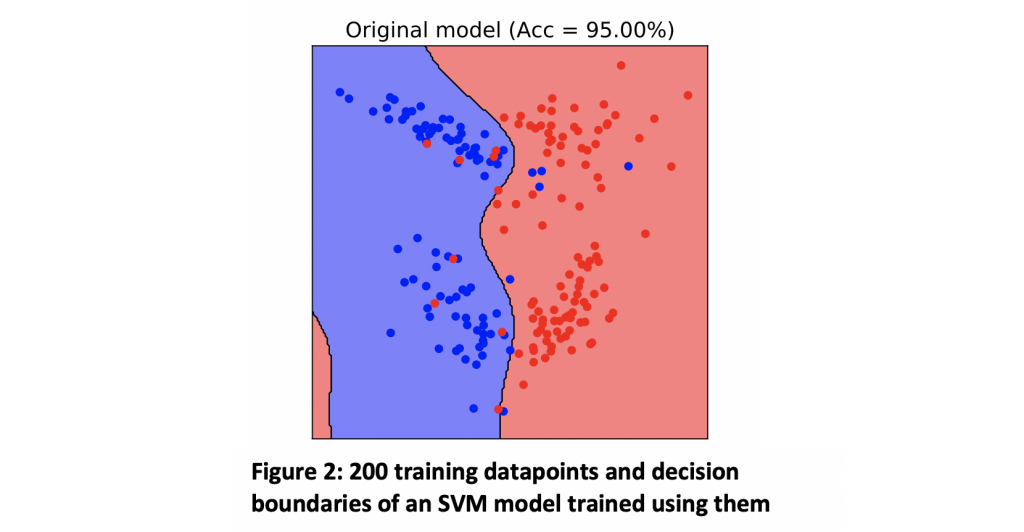 Figure 3: Objective function for a DoS poisoning attack and generation of one poisoned data point

This automated method of generating poisoning data can be applied  to our previous fraud detection system example. The optimization would automatically define the optimal value for every feature that represents the poisoning order to be placed (name, address, items, amount, etc.). Then, as an attacker, we would place an order with these exact values and pay for it or not according to the label of the generated point. This method for generating poisoning data points optimizes the attack and makes its success more predictable.

How to run successful poisoning attacks

We have seen how to algorithmically generate a single poisoning data point by solving a bi-level optimization problem. In order to execute an attack that reaches our poisoning goals, we would need to generate several such data points using the same optimization problem. All of these poisoned data points must then be added to the original training set. As more poisoning points are added to the training set, the decision boundary of the poisoned model changes such that it will eventually provide the prediction errors targeted by the attacker. In figures 6 and 7, we illustrate this process on a logistic regression (LR) model (left) and an SVM model (right) using a denial-of-service poisoning attack.

As illustrated in figures 6 and 7, optimal poisoning points are different for different models trained using the same dataset:

This DoS attack is very effective against the logistic regression model. By increasing the number of poisoning points, the decision boundary is progressively tilted causing a drop in test accuracy  from 91.5% to 53%. This DoS poisoning attack can be considered successful against the logistic regression model. On the other hand, while the decision boundary of the SVM model changes significantly as more poisoning points are added, its accuracy decreases from 95% to only 81.5%. SVM models with RBF kernel build more complex decision boundaries than logistic regression models and thus they can fit better poisoned data points with contradicting labels, while maintaining correct predictions on the genuine clean data points. In general, this means that complex models (models having a high capacity) are more resilient than simple models to DoS poisoning attacks, they require more poisoning data points to be compromised, and it is difficult to decrease their accuracy as a whole.

Given some information about a machine learning model and its training data, data poisoning attacks can be executed automatically and efficiently. Optimal poisoning data points can be algorithmically generated by solving an optimization problem to reach both denial-of-service and backdoor goals. While the implementation of such poisoning attacks requires sufficient knowledge about machine learning and optimization techniques, several libraries are also already publicly available to generate poisoning data with limited effort and knowledge. Some examples include:

Data poisoning attacks can be performed against almost any machine learning model that sources third party data for training. This is the case in most deployment scenarios. Our fraud detection example illustrates the ease at which an attacker can pose as a legitimate customer in order to inject data or overwrite labels via customer service mechanisms.

This research was conducted by Samuel Marchal (F-Secure Corporation) as part of F-Secure’s Project Blackfin which is a multi-year research effort with the goal of applying collective intelligence techniques to the cyber security domain.