As part of the Horizon 2020 SHERPA project, I’ve been studying adversarial attacks against smart information systems (systems that utilize a combination of big data and machine learning). Social networks fall into this category – they’re powered by recommendation algorithms (often based on machine learning techniques) that process large amounts of data in order to display relevant information to users. As such, I’ve been trying to determine how attackers game these systems. This post is a follow-up to F-Secure’s recent report about brexit-related amplification.

In this article, I’d like to share methodology I’ve been developing to observe “behind the scenes” amplification on Twitter. I will illustrate how I have applied this methodology in an attempt to discover political disinformation around pro-leave brexit topics, and to hopefully further clarify how much overlap exists between accounts promoting far-right ideology in the US, and accounts pushing pro-leave ideology in the UK.

I wrote a simple crawler using the Twitter API. It does the following:

The crawler was seeded with a couple of random troll accounts I found while browsing Twitter.

As with any Twitter account crawl, the process never finishes – the length of the queue grows faster than it can be consumed. I ran the crawler for just a couple of days (between April 2nd and 3rd 2019), during which it collected about 260,000 “interesting” Twitter user objects. For this experiment, I filtered the objects into a few different groups:

I wrote a second script that uses Twitter API’s statuses/filter functionality to follow the activity of a list of candidate accounts collected in the previous step. I ran this script with the first two candidate lists – Twitter’s standard API allows a maximum of 5,000 accounts to be followed in this way. Full tweet objects were pre-processed (abreviated to include only metadata I was interested in looking at), and written sequentially to disk for later processing. I allowed this script to run for a few days (between April 2nd and 3rd 2019), in order to capture a representative sample of the candidate accounts’ activities. I then used Python and Jupyter notebooks to analyze the collected data.

The “new accounts” group tweeted about a variety of topics, and retweeted accounts from both the US and UK. Here’s a graph visualization of their activity: 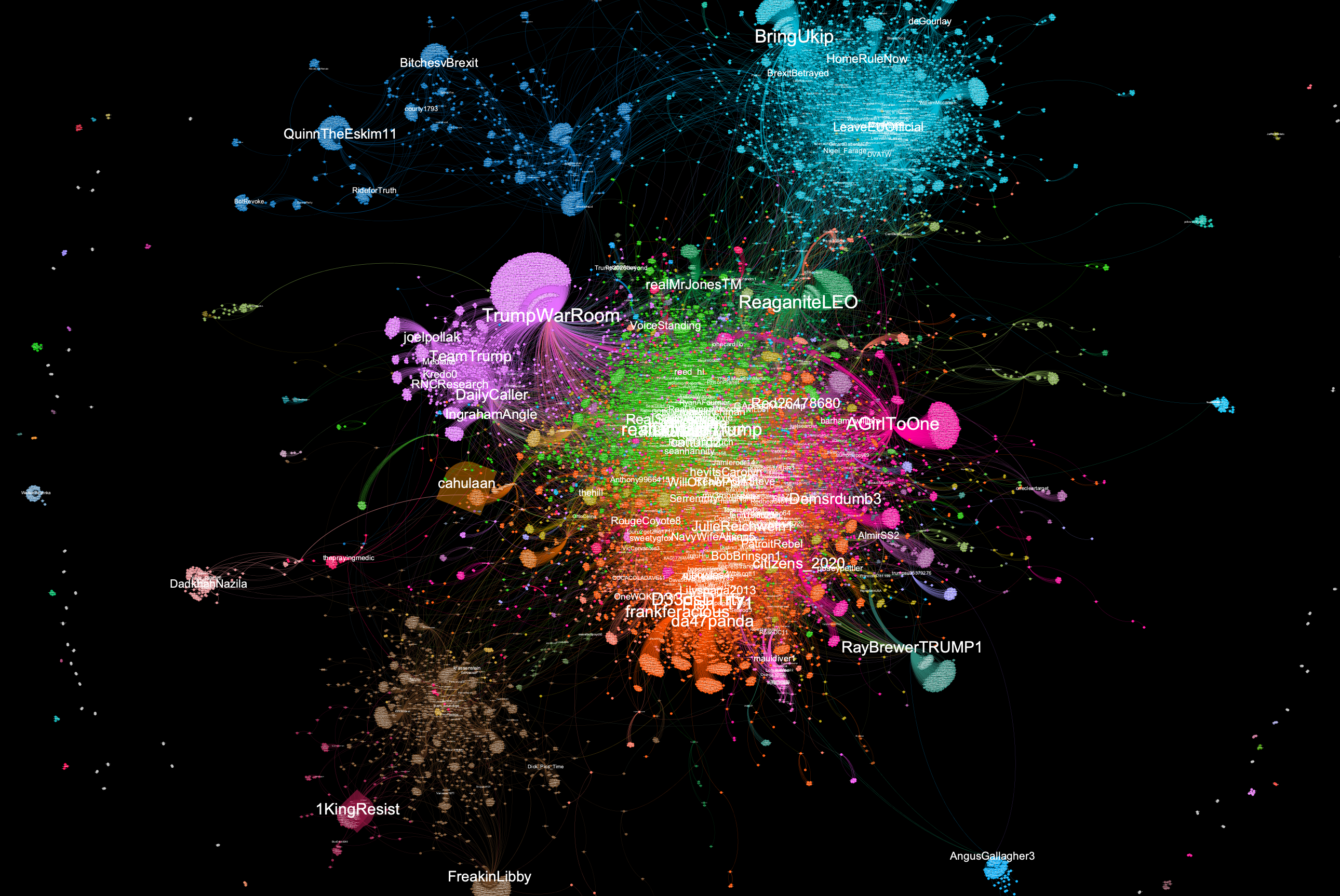 In comparison, the list of “tommy” accounts promoted very samey content, giving rise to this rather awkward visual:

When analyzing the collected data, I imediately noticed that both groups were promoting a few almost brand new accounts. Here’s the most prominent of them – BringUkip. Notice how the account’s pinned tweet doesn’t even spell UKip party leader Gerard Batten’s name correctly. I suspect this isn’t an official UKIP account. 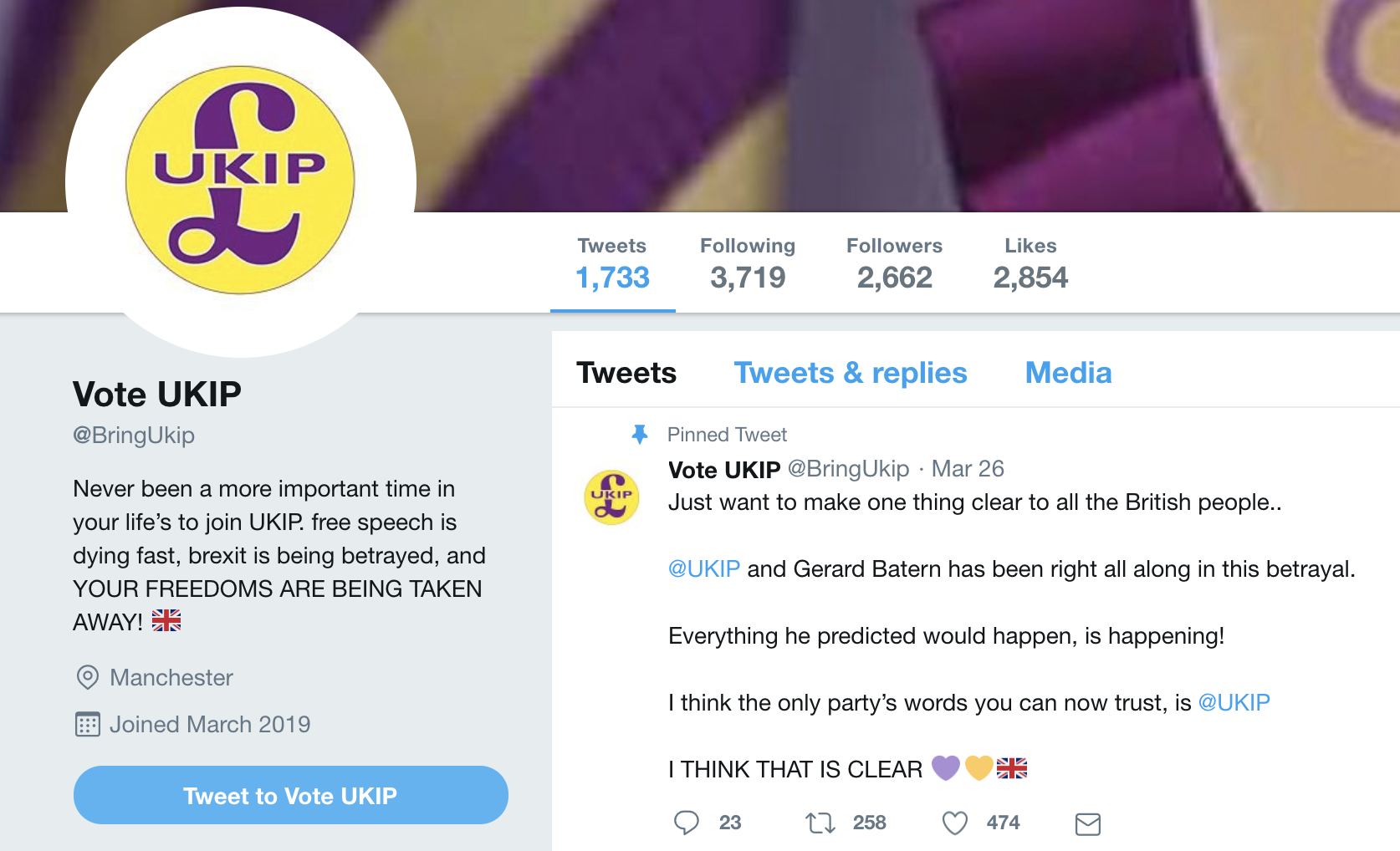 Here are some of the other brand new accounts being amplified by the “new accounts” group:

Here’s a similar chart, but for the “tommy” group. Not as much new account amplification was being done by those accounts: 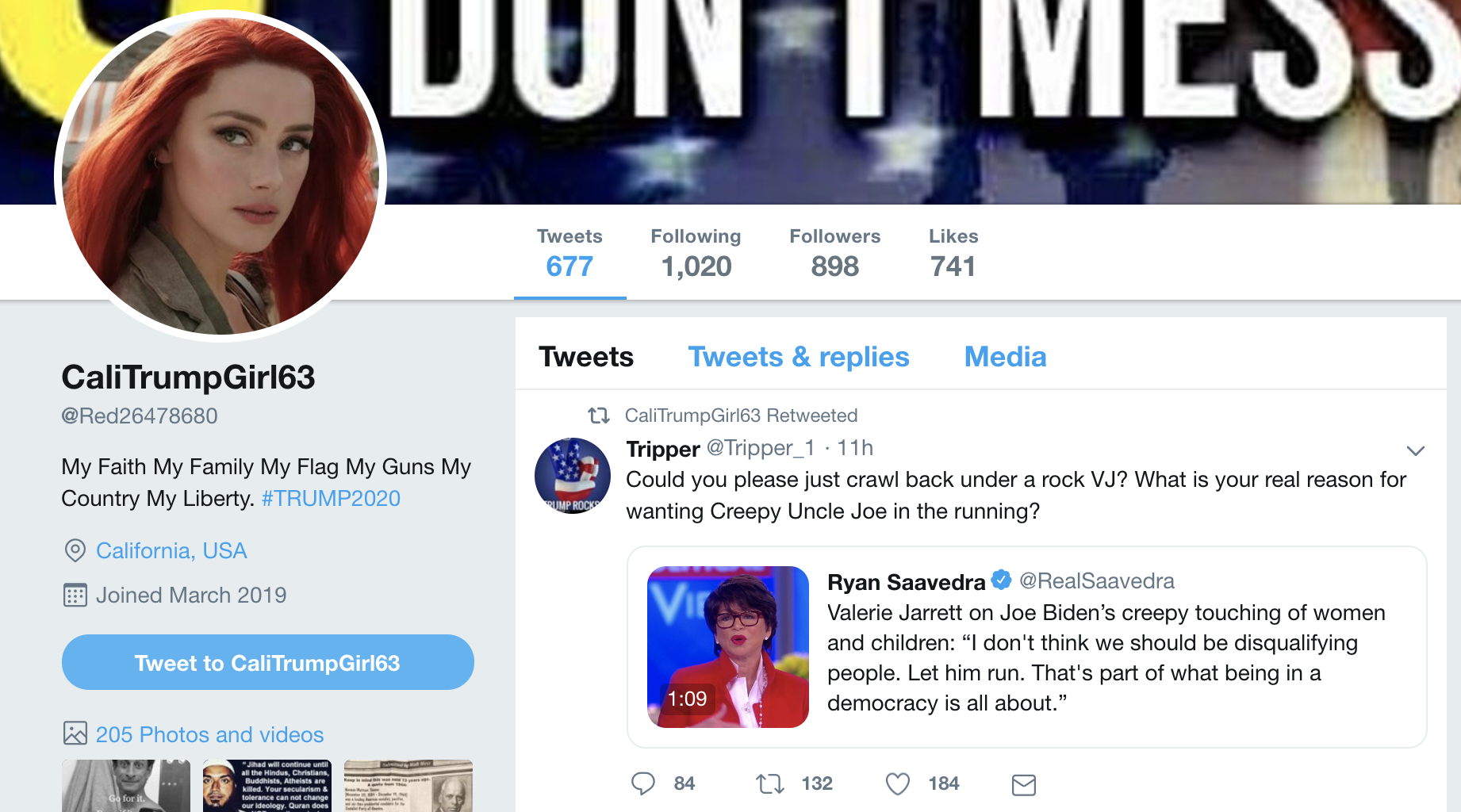 I happened to spot this account while browsing Twitter on my way into work this morning. It was promoting itself in a reply to Breaking911 (one of the accounts on my list of influencers): 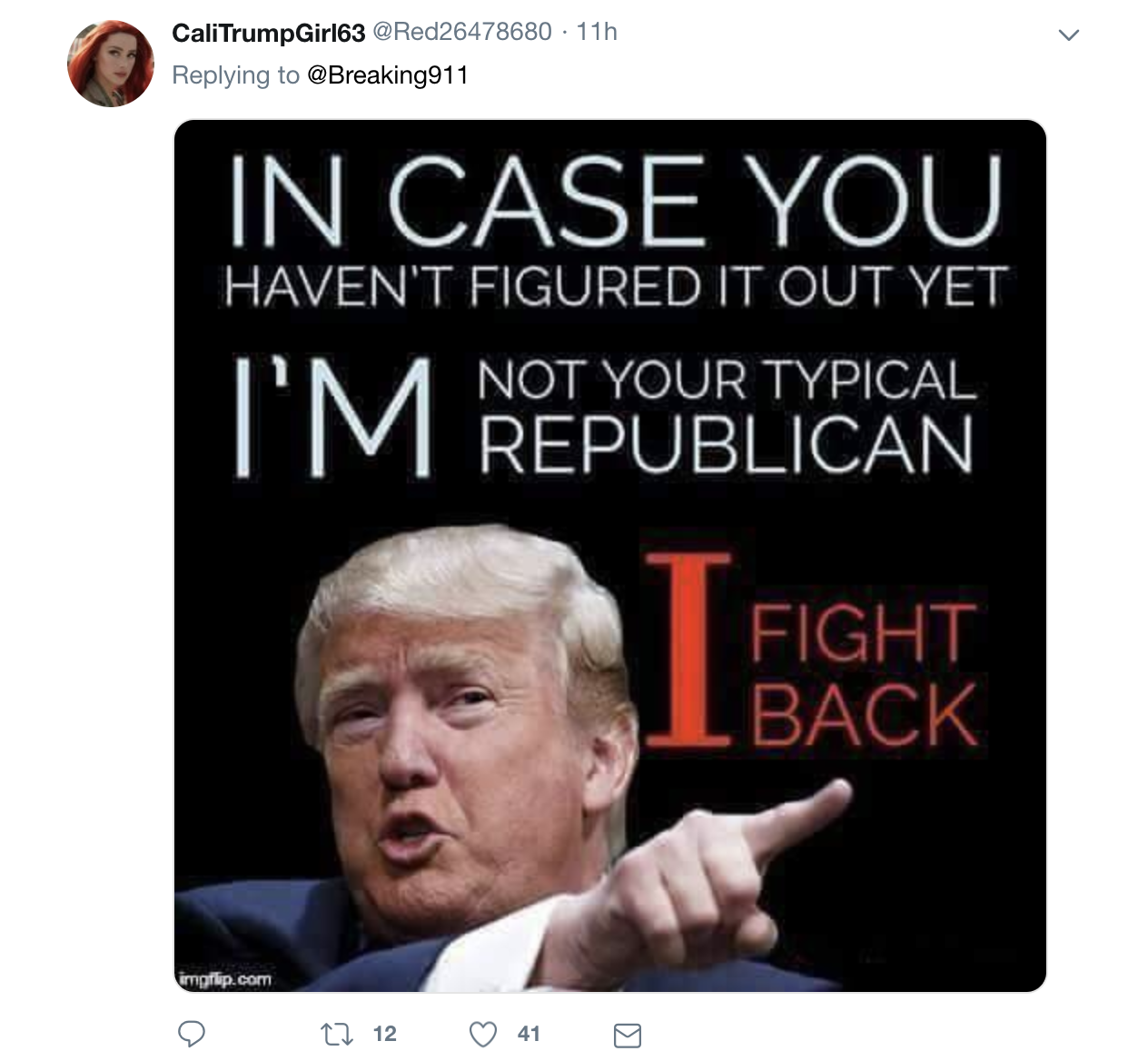 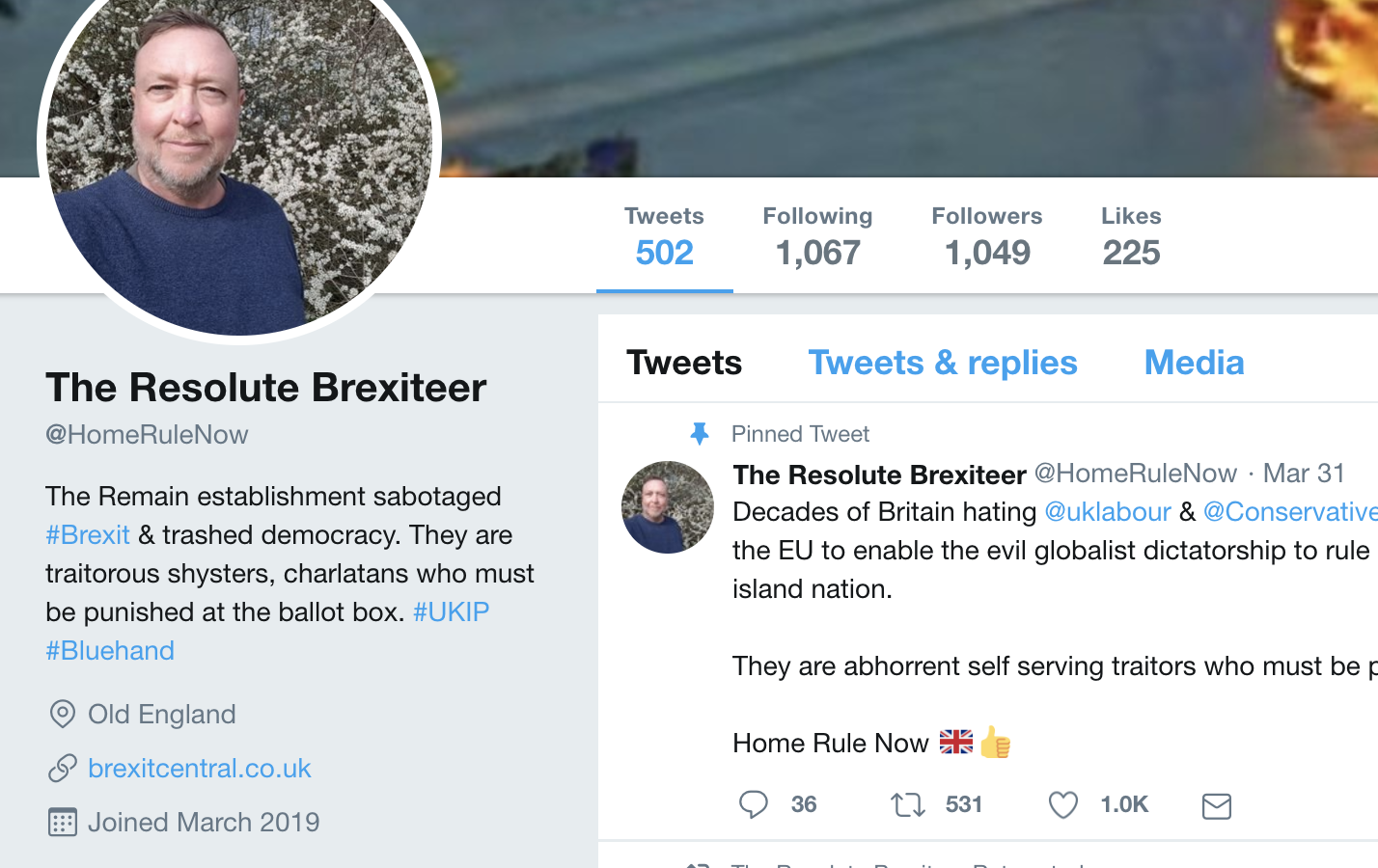 This account self-identifies with #Bluehand – a group that Twitter appears to have been actively clamping down on. This account accrued over 1000 followers in the five days since it was created. 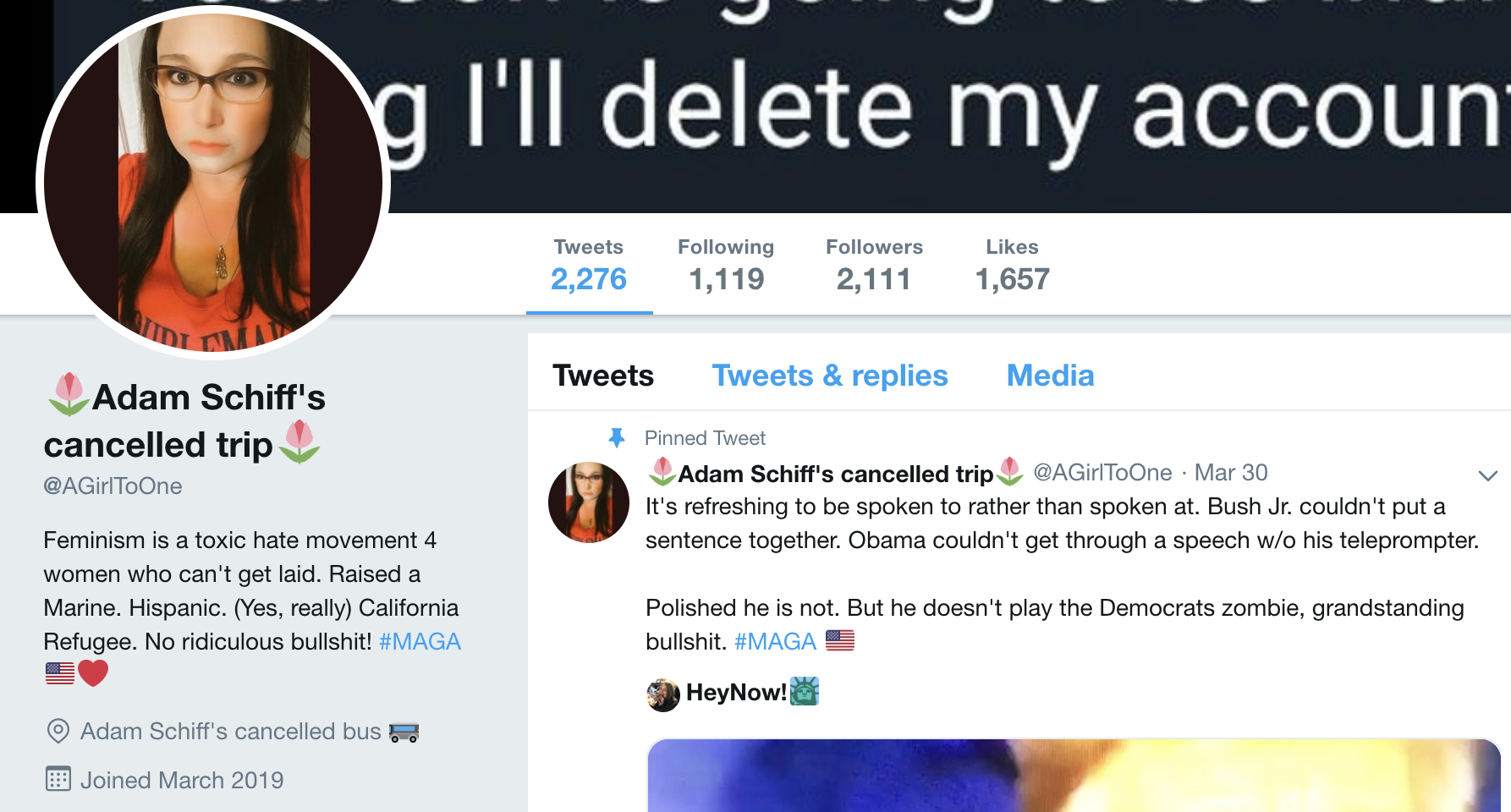 This account was created on March 23rd 2019 (just over a week ago). It was retweeted by over 1000 of the approximately 2000 “new accounts” users during the collection period.

While browsing through a random selection of timelines in the “new accounts” group, I found some interesting things. Here is a tweet from one of the users (ianant4) discussing how to evade Twitter’s detection mechanisms: 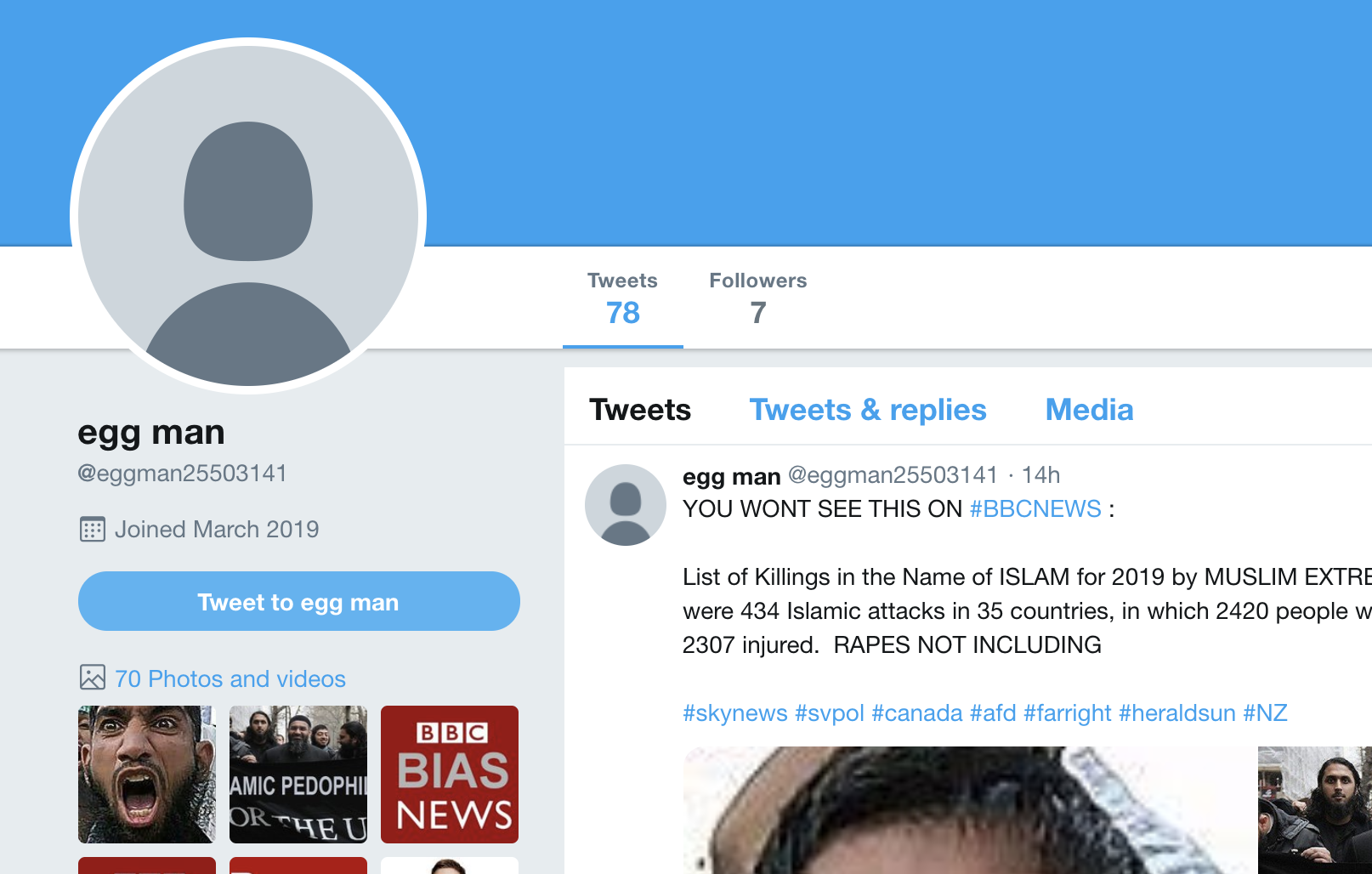 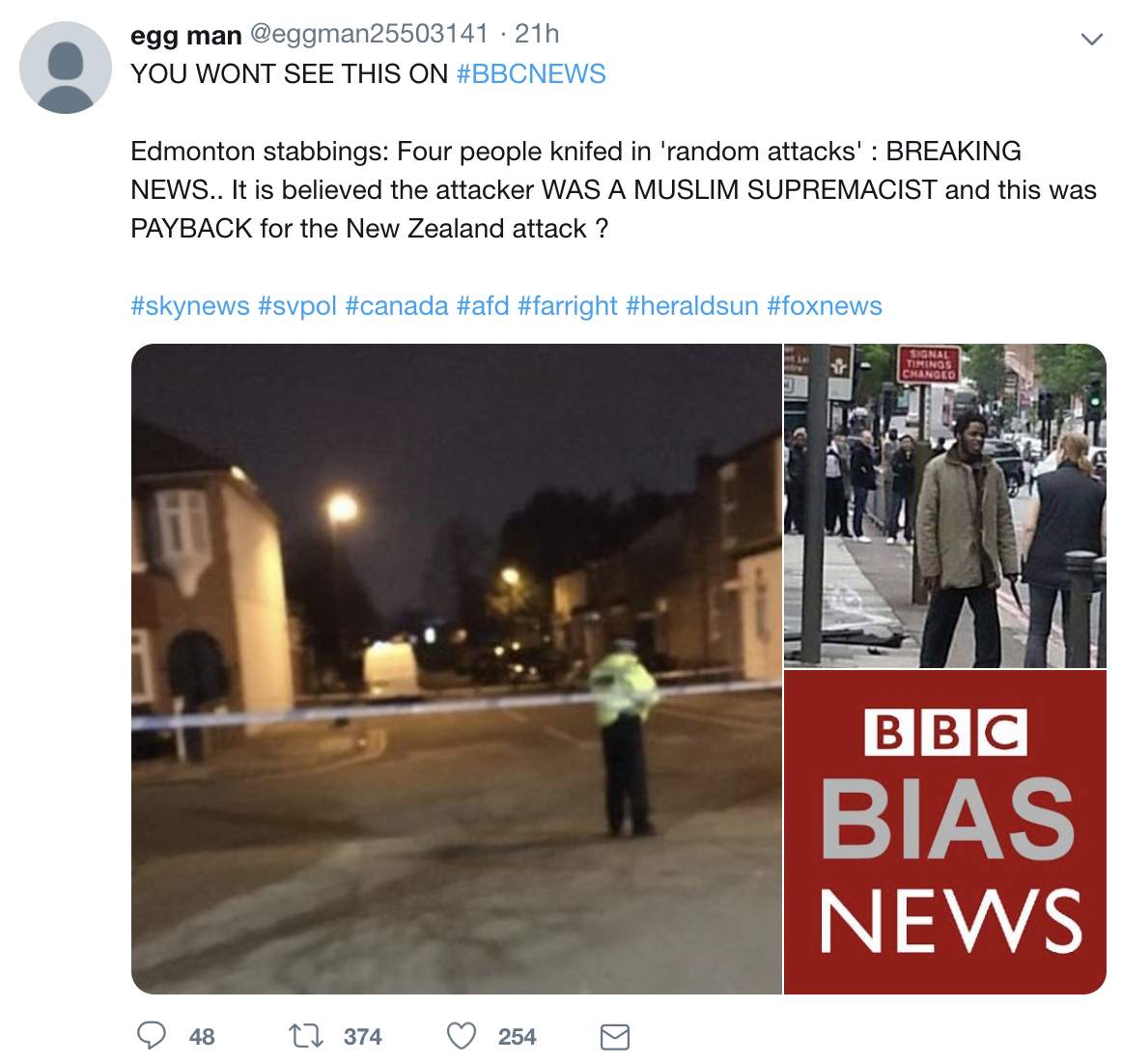 The above tweet received, at the time of capture, 48 replies, 374 retweets, and 254 likes. Many of the accounts collected in the first step of my collection process participated in retweeting the above.

For fun, here’s one of the seed accounts used. 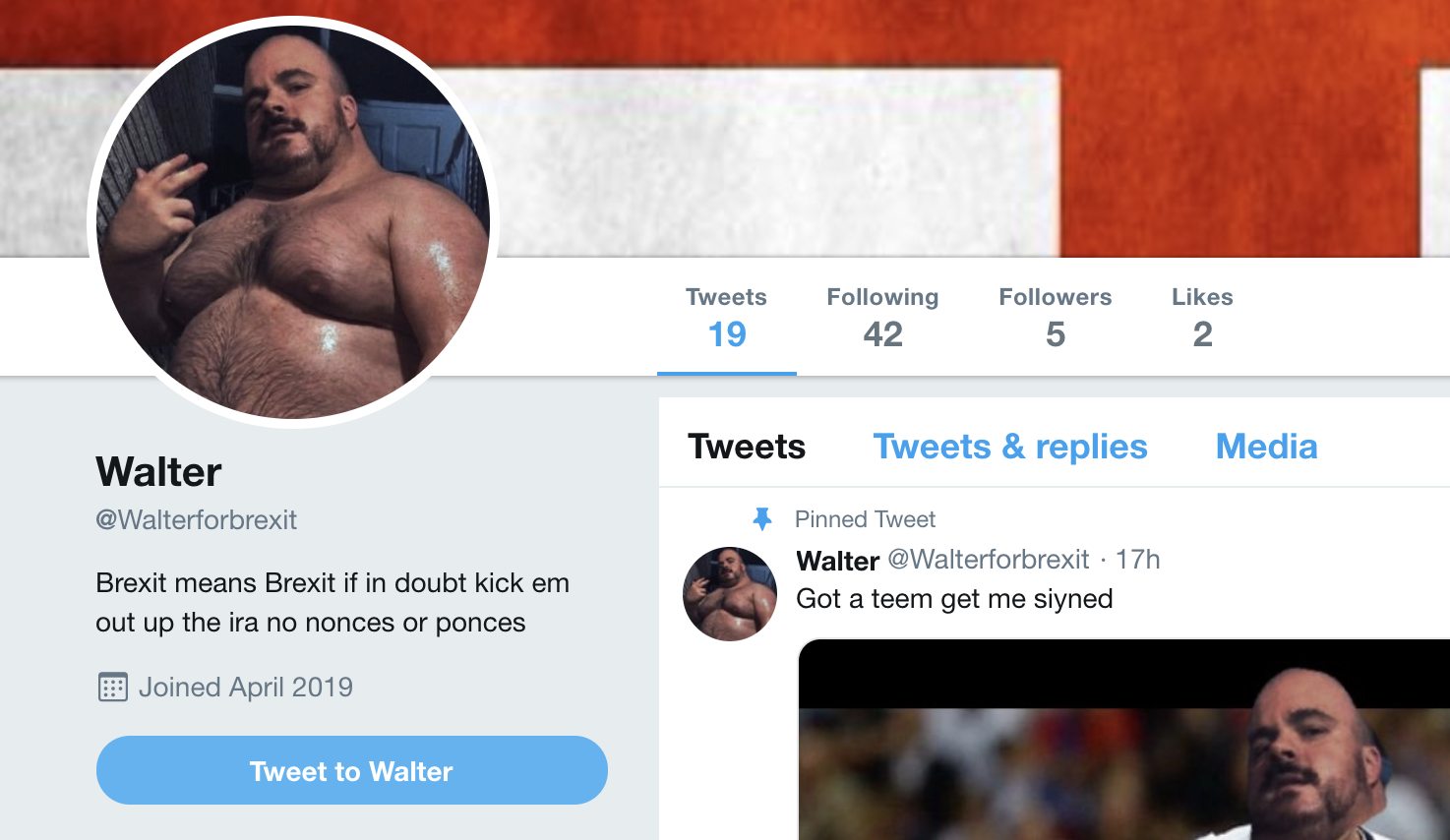 The methodology outlined in this article works well due to the fact that the studied demographic uses plenty of self-identifying keywords in their Twitter descriptions. For other subject matter, gathering a candidate list may be more problematic.

Given that the account list I gathered was based on following-follower relationships between Twitter accounts, it is clear that many pro-brexit Twitter accounts and MAGA accounts follow each other. The content these accounts promote is, however, somewhat separate, and dependent on the account’s persona (MAGA versus brexit). Some accounts I looked at promoted both types of content, but they were in the minority. Most of the accounts observed in this research were/are being operated, at least in part, by actual human beings. In between heavily retweeting content, these accounts occasionally publish original tweets, converse with each other, and troll other people. I believe the results of this piece of research strongly prove the existence of a well-organized and potentially large network of individuals that are creating and operating multiple Twitter accounts in order to purposefully promote political content directly under our noses.