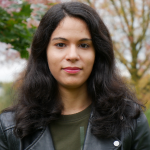 Flubot is an Android banking trojan, first seen in December 2020, which has gained traction in 2021 and compromised a huge number of devices worldwide, including significant incidents in Spain and Finland. It is capable of stealing information, including credentials, without the user’s knowledge. In November 2021, a new Flubot campaign using version 4.9 targeted users in Finland. The malware would pose as either the DHL delivery service app or a voicemailing app. The following blog post will take a closer look at Flubot version 4.9, and in particular its Command and Control (C&C) communication, based on the data F-Secure gathered during that campaign.

The analysis will be based on the following sample:

The infection vector used to spread Flubot version 4.9 was the same as in previous campaigns i.e. SMS phishing. As stated by the Finnish National Security Center on a blog post from November 25th 2021, users were receiving SMS messages about parcel deliveries containing a link that, if clicked on, would lead to the download and installation of the malicious app. Additional information provided by Finland’s National Cyber Security Centre (NCSC-FI) can be found at https://www.kyberturvallisuuskeskus.fi/en/be-aware-malware-spread-sms (English) and https://www.kyberturvallisuuskeskus.fi/fi/ajankohtaista/julkaisimme-vakavan-varoituksen-tekstiviestitse-levitettavasta-haittaohjelmasta (Finnish).

Flubot’s infection chain is described in the image below.

As shown in the previous figure, Flubot can execute many malicious actions, the main ones being performing overlay attacks, stealing the contact list from the infected phone and spreading to targeted contacts via SMS messages.

As with previous versions of the Flubot trojan, the 4.9 version’s main goal remained the same in this campaign, which is to perform overlay attacks to steal credentials from banking and cryptocurrency wallet apps as well as one time passwords received by SMS message.

Flubot still abuses the accessibility services, a feature created to assist users with disabilities, to grant itself these additional permissions: 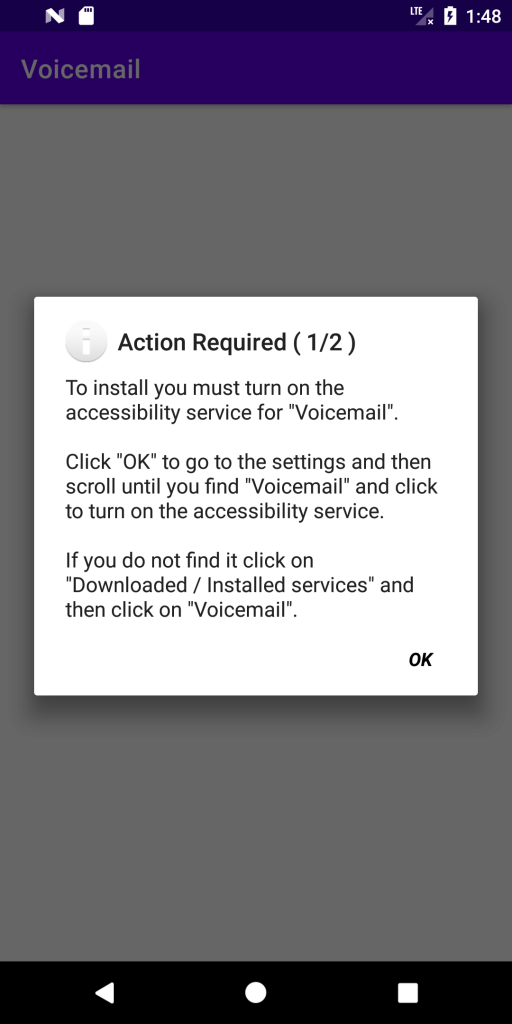 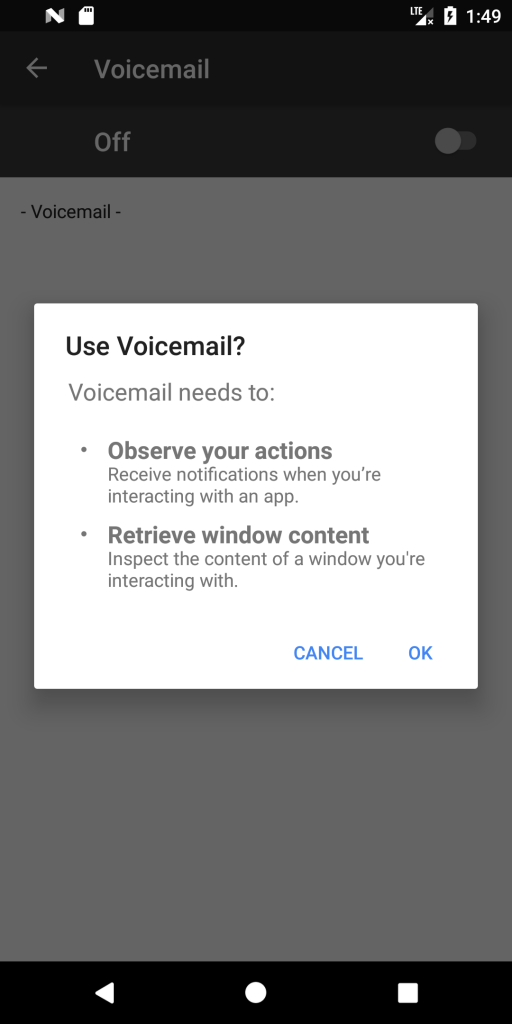 Warning about the accessibility services

Due to the accessibility rights granted by the user, Flubot becomes a device administrator app which makes its removal difficult. The following error message is display if a user tries to remove Flubot:

Flubot will also request the user to give it notification access, which will allow it to read and/or block notifications. 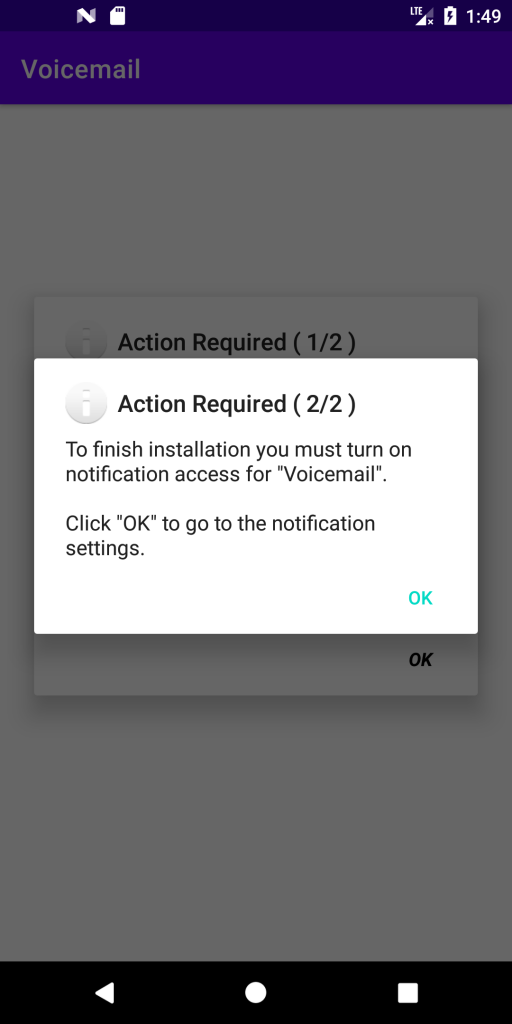 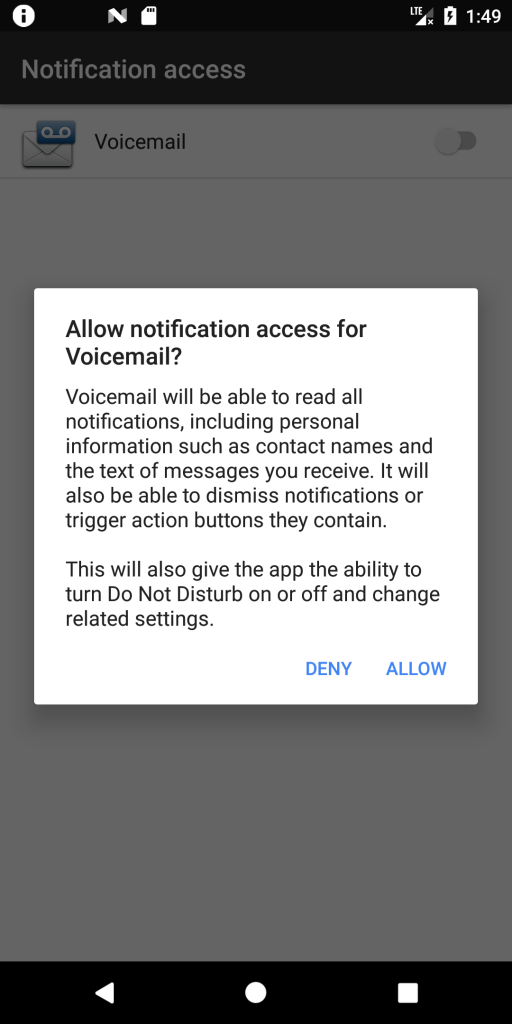 After obtaining that access, it will automatically become the default messaging app without any user interaction, which will allow it to read, send, or block SMS messages. 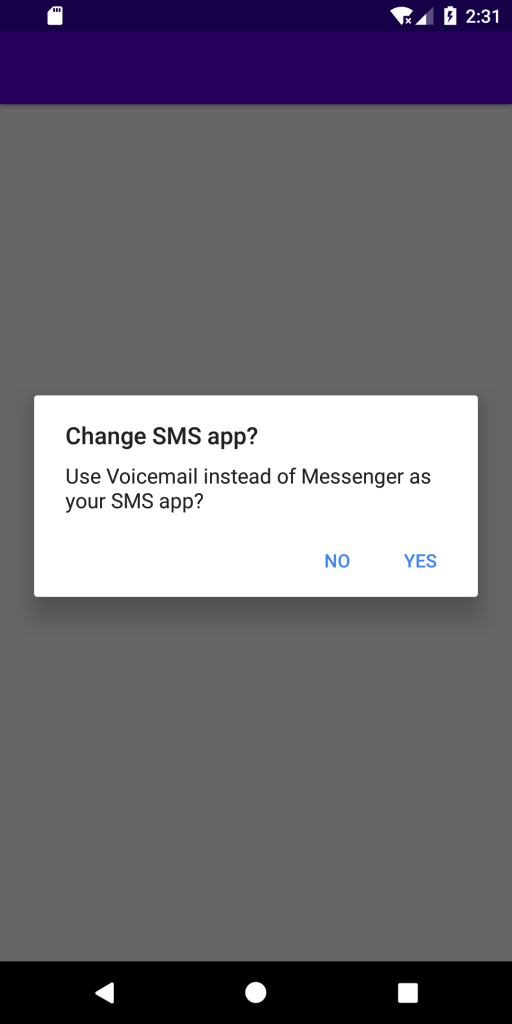 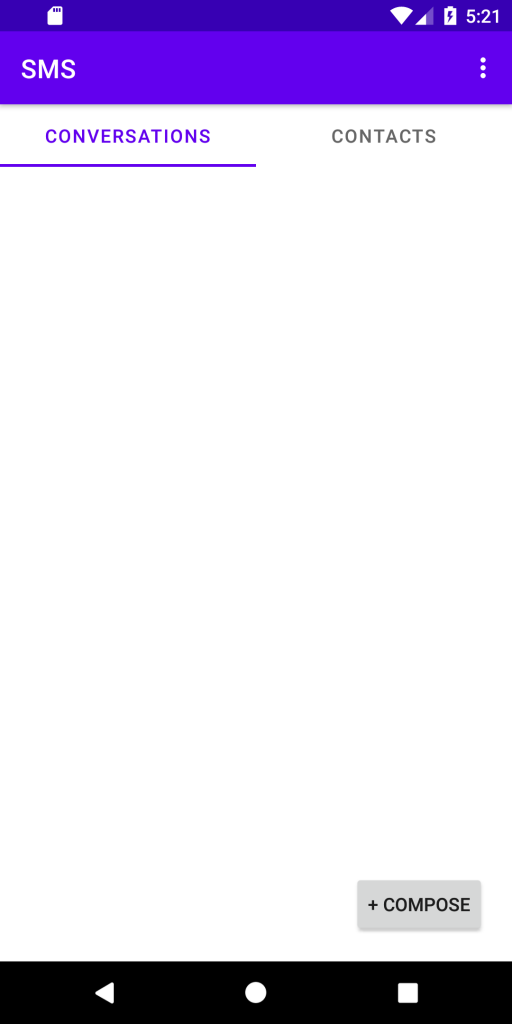 Flubot still uses a Domain Generation Algorithm (DGA) to obtain its C&C domain names. The goal is to quickly switch domains if one of them gets taken down. DNS-over-HTTPS (DOH) is used to exchange information with the C&C. The advantage for the threat actors is that requests are encrypted making it more difficult to identify the suspicious traffic.

The following analysis is an overview of Flubot’s capabilities in version 4.9, with a particular focus on the C&C communication.

The sample was loaded into JADX-GUI, a DEX to Java decompiler, to obtain the decompiled Java code and to do further analysis. However the main package com.snda.wifilocating was empty. It turns out that the malware will decompress a Zlib file from the assets and decrypt it to obtain a Dalvik EXecutable (DEX) file. That DEX file will then be dynamically loaded and contains the malicious code.

Instead of reverse-engineering the decryption routine, the sample was executed in an emulator.
Upon loading the malicious DEX file, the malware deletes it from its directory. Frida, a dynamic code instrumentation toolkit, was used to prevent the deletion from happening.

Inside the malicious DEX file, the function names and attributes were obfuscated. The strings were also encrypted using a per class lookup table and XOR encryption (e.g. $(370,374,31027)). 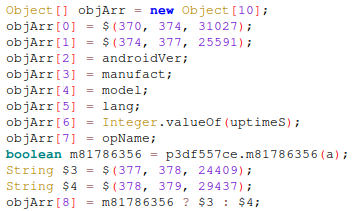 A Python script was created to replace all the function calls by their result to obtain the plain strings in order to facilitate the analysis of the code. 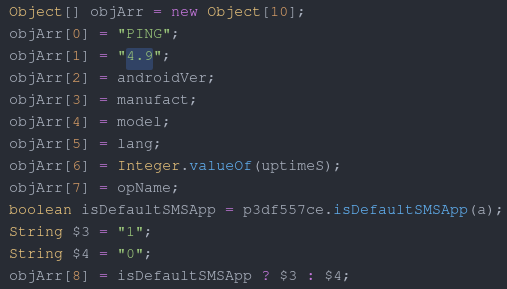 Flubot starts by generating a Universal Unique IDentifier (UUID), for example 123e4567-e89b-12d3-a456-426614174000. That value is saved without the dashes in its shared preferences file, which is an eXtensible Markup Language (XML) file used to store application data in the form of a key/value pair. The XML file itself is located inside the folder "/data/data/com.snda.wifilocating/shared_prefs".

Flubot will also try to obtain the IP address of the infected phone by reaching out to the following IP providers:

If no value is obtained, the malware will use a dash "-" when sending the IP address to the C&C, otherwise the value will be saved in the shared preferences.

Flubot will determine the phone’s language to obtain the country calling code. In this sample, if the system language is set to “ka” i.e. Georgian, then Flubot will not infect the device.

The malware will calculate a DGA seed, based on the month and year of the infection, which is used to generate 5000 C&C domain names, all 15 characters long and ending with either “.ru”, “.su” or “.cn”.

The following list contains the commands sent by the C&C server to Flubot:

The following are the commands that the Flubot malware is able to send to the C&C server:

DNS as a C&C channel

Unlike the Flubot versions seen in previous campaigns, this sample does not communicate directly with the C&C server but rather sends requests to publicly available DNS servers with the TXT type response to get the information. For this campaign, it reached out to the following DNS providers:

The C&C reply is available in the "data" field inside the "Answer" field (or in a JSON path: “.Answer[].data”).

The information sent to the C&C will be in the subdomain part of the DNS request. It will be in a dotted format and contain a Base32 encoded message, split across multiple DOH requests to publicly available DNS servers.

Flubot will send C&C requests which will have the following format:

Below is the Base64 encoded value of the RSA public key used to encrypt the data. That key can also be found in samples from as early as 2020.

Every request to the C&C will use a different RC4 key to encrypt the command, which will be a 10 characters long lowercased alphabetic string (or in a regex format: [a-z]{10}), which makes it harder to decrypt the C&C communication since the key is always changing.

To find a working C&C, the malware will send the command PREPING,<c2_domain_name>. If a valid domain name is found, the publicly available DNS servers will reply with a nameserver (NS) record. The nameserver record indicates which DNS server is authoritative for that domain, meaning which server contains the actual DNS records. In this case, DNS works as a C&C channel because the malware authors have set a NS record for the C&C domain names pointing to an IP address that they control. Therefore they will also receive the DNS request, which contains the exfiltrated information in the subdomain part, on their authoritative name server.

Once a working C&C server has been found, its value is saved in the shared preferences. Flubot will then send a PING command every couple of seconds, which looks like the following:

At that point, a C&C channel has been established. The C&C replies look similar to the C&C requests and will have the following format:

The decrypted C&C replies will always start with "<UUID>,<rc4_key>", so the malware can verify that the information received is the reply to the original request, followed by the C&C’s command:

Flubot will store the following information in its shared preferences:

Here is an example of Flubot’s shared preferences:

Flubot will first get the list of the installed apps and send it to its C&C by using the command GET_INJECTS_LIST,<list_package_names_in_phone>. The C&C will respond with the list of apps that are targeted. Then the malware will get the injects for each one of them from the C&C by using the command GET_INJECT,<package_name>. Unfortunately, during the analysis, the injects could not be retrieved.

According to F-Secure’s telemetry, there was an increase in the number of Flubot detections in Finland related to that specific campaign starting on the 24th of November 2021.

In our observation, Flubot was distributed as the following:

Flubot samples are detected by our product as follows, where the asterisk "*" refers to the family variants:

Flubot is one of the most effective banking trojans in 2021 due to its sophistication and fast paced development. As shown in this blog post, Flubot keeps on improving its capabilities, and in particular its C&C communication, to become stealthier, more difficult to detect and to remove.