It’s not like either company is opposed to tracking just about everything you do. To see how much these companies know about you, check out your Facebook “interests” page or Google’s “My Activity” page. (You may want to delete some stuff while you’re there.)

That Google page in particular shocks many users who may not even know they have a Google account. You do if you’ve ever logged in to any Google product including YouTube. And unless you’ve adjusted your “Activity controls,” that Google account that tracks everything you do on any browser your account is logged into on any device you use.

You are Google and Facebook’s ‘product’

One of the most popular clichés of the internet is: If you’re not paying for the product, you are the product. While this truism isn’t always true, it clearly applies to Facebook and Google.

“We’re talking about companies that live off advertisement, and have access to devices with microphones on them,” said Janne Kauhanen, host of our Cyber Sauna podcast. “So I’d say there is probable cause to ask that question.”

Being tracked all the time hasn’t seemed to change users’ online behavior much. But the prospect of devices being turned into “wiretap” may terrify you.

In 2016, Facebook went on record to say it does not listen in order to deliver you ads or content. But keep in mind that the site recently put aside up to $5 billion to pay fines for possible privacy violations, which to the world’s largest social network is the equivalent of a “parking ticket.” No matter how closely you read user agreements or messages from tech giants, I guarantee you they have more lawyers than you do.

There may be wiggle room in any assurance you think you have from Facebook or Google. But, as Janne, points out it would be a “major public relations disaster” if anyone did discover either company was using voice recording to track users.

So let’s speculate for a moment about why it’s still possible they are listening to you, possibly even right now.

If you have a smartphone, you can check right now to see which apps have access to your microphone and could theoretically be listening to you right now.

On your iPhone, just go to Settings > Privacy> Microphone and if Facebook or Google has access, you can turn either or both off. You may also want to turn off other application, including Safari or any browser where you are logged in to Facebook.

On your Android, you have to check microphone access individually by the app. Go to Settings> Applications> Application Manager. There you may see Facebook go to Permissions> Turn off the mic.

Turning off you mic will prevent you from recording videos with audio through your Facebook app. But you can still record them through your normal video app and upload them without the worries.

Amazon recently admitted that its employees do listen in on conversations captured by their speech-activated home assistant Alexa. The retail giant’s response was basically, “Of course, we listen! We have to!”

The statement said, “This information helps us train our speech recognition and natural language understanding systems, so Alexa can better understand your requests, and ensure the service works well for everyone.” It went on to argue that there are strict “technical and operational safeguards” enforced with a “zero tolerance policy.”

Quality assurance on speech recognition requires tracking effectiveness. Yet many users assume that this doesn’t happen in “the wild” through unwitting users. Apparently, at least in this case, is does. And users likely agreed to it when they accepted their device’s terms and conditions.

3. Voice-activated apps have to listen.

This may seem obvious but you’ve picked some apps because you want them to listen to you.

You may not expect Facebook and Google search to listen to you. But you wouldn’t use or Ok Google or Google Assistant if these apps didn’t listen. If you expect Google to ignore the massive amounts of data it collects through voice interactions, you’re living in the wrong dimension.

This leads us to the reason these companies probably aren’t tracking your voice conversations yet.

Their tracking is already so damn good.

Many of us have had the experience of seeing in item we’ve searched for pop up in number of online ads. But have you ever seen an ad for something you’ve merely spoken about in the presence of your phone?

But Sandy Parakilas, former Facebook operations manager, thinks it’s unlikely that our spoken words are being tracked the way our clicks and search queries are. And the truth is: they don’t even need to go that far, given how much information they have on us already.

“They know a tremendous amount about you and that enables them to make guesses about what to advertise to you that can be uncannily accurate,” Parakilas said.

Unfortunately, we often pay for tremendous conveniences offered through digital technology with our privacy. And the poor, especially, have to deal with the consequences of this devil’s deal.

Facebook and Google are two of the fastest growing companies in the history of civilization. This didn’t happen because they sat around and carefully weighed the implications of their ever-expanding reach into our lives. 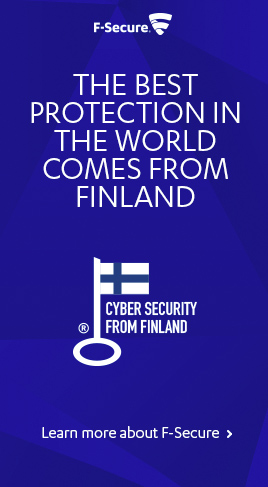