The 2017 UK general election just concluded, with the Conservatives gaining the most votes out of all political parties. But they didn’t win enough seats to secure a majority. The result is a hung parliament.

Both the Labour and Conservative parties gained voters compared to the previous general election. Some of those wins came from defecting UKIP supporters. The rest, most of which went to Labour, came from young voters. And that was definitely reflected in social media.

The #VoteLabour hashtag was immensely popular in the lead-up to the elections. 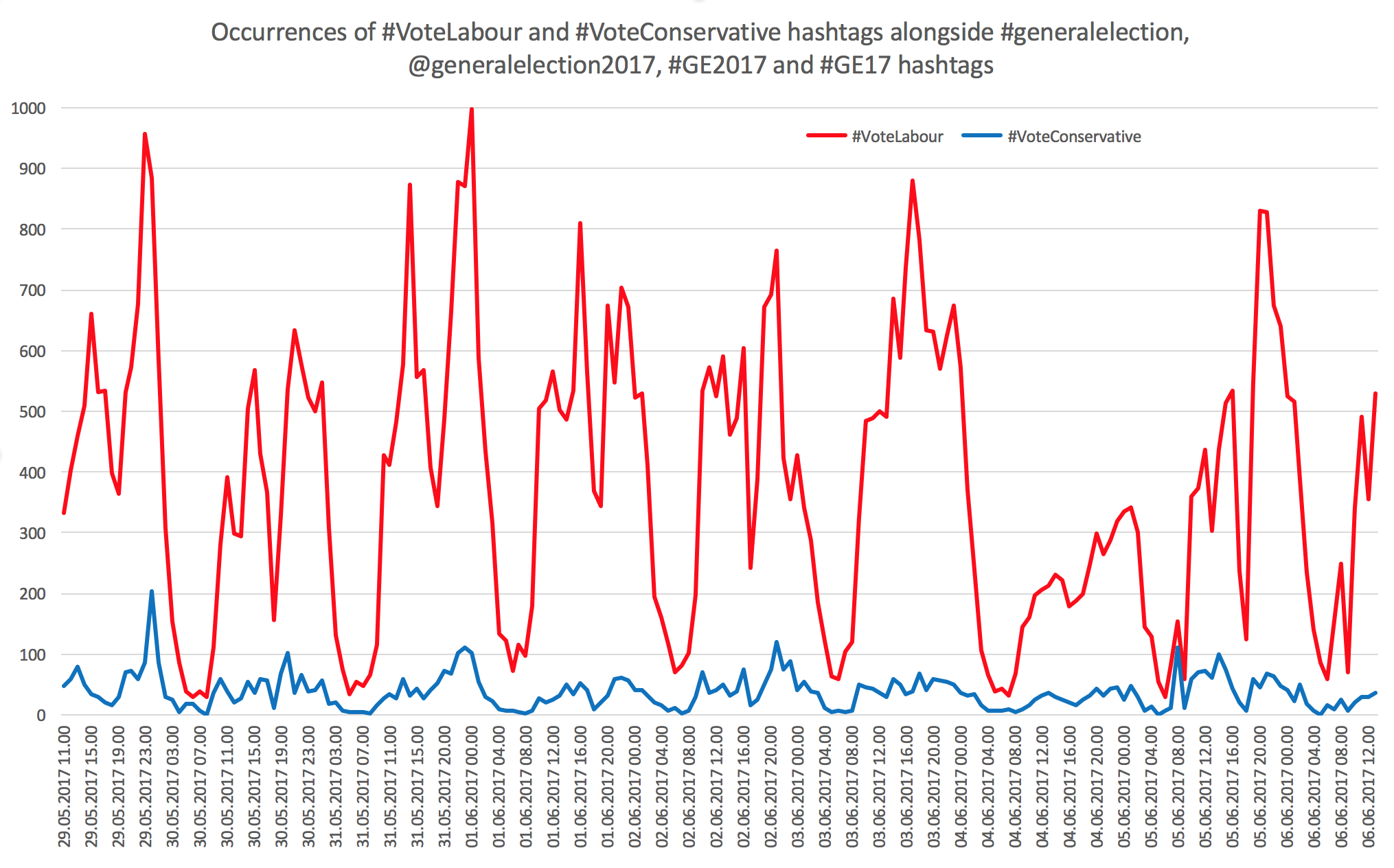 #VoteLabour continued to make a strong appearance during the week of the election and increased significantly as election day approached. 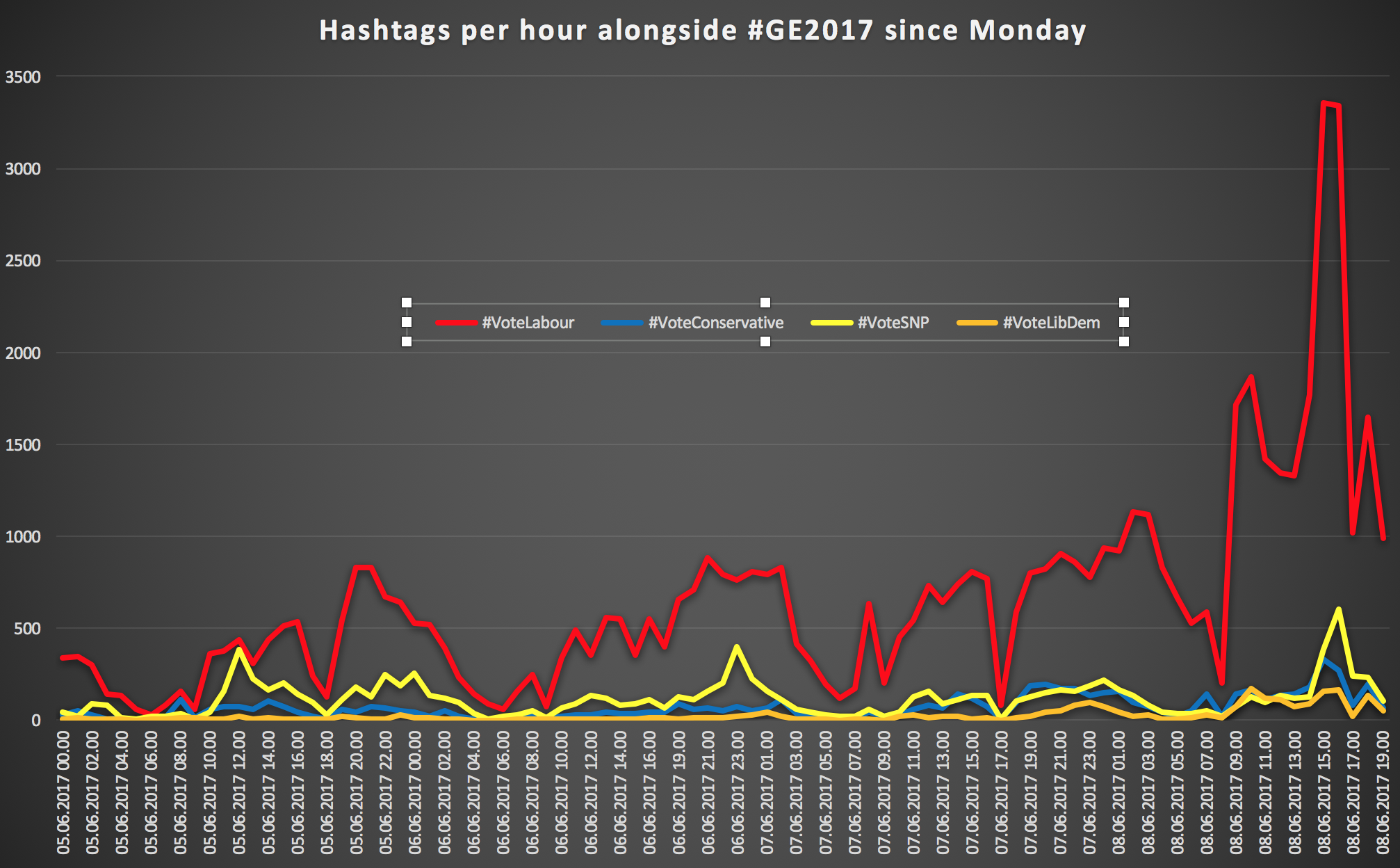 The #VoteLabour hashtag completely overshadowed all other party hashtags all the way until polls closed. 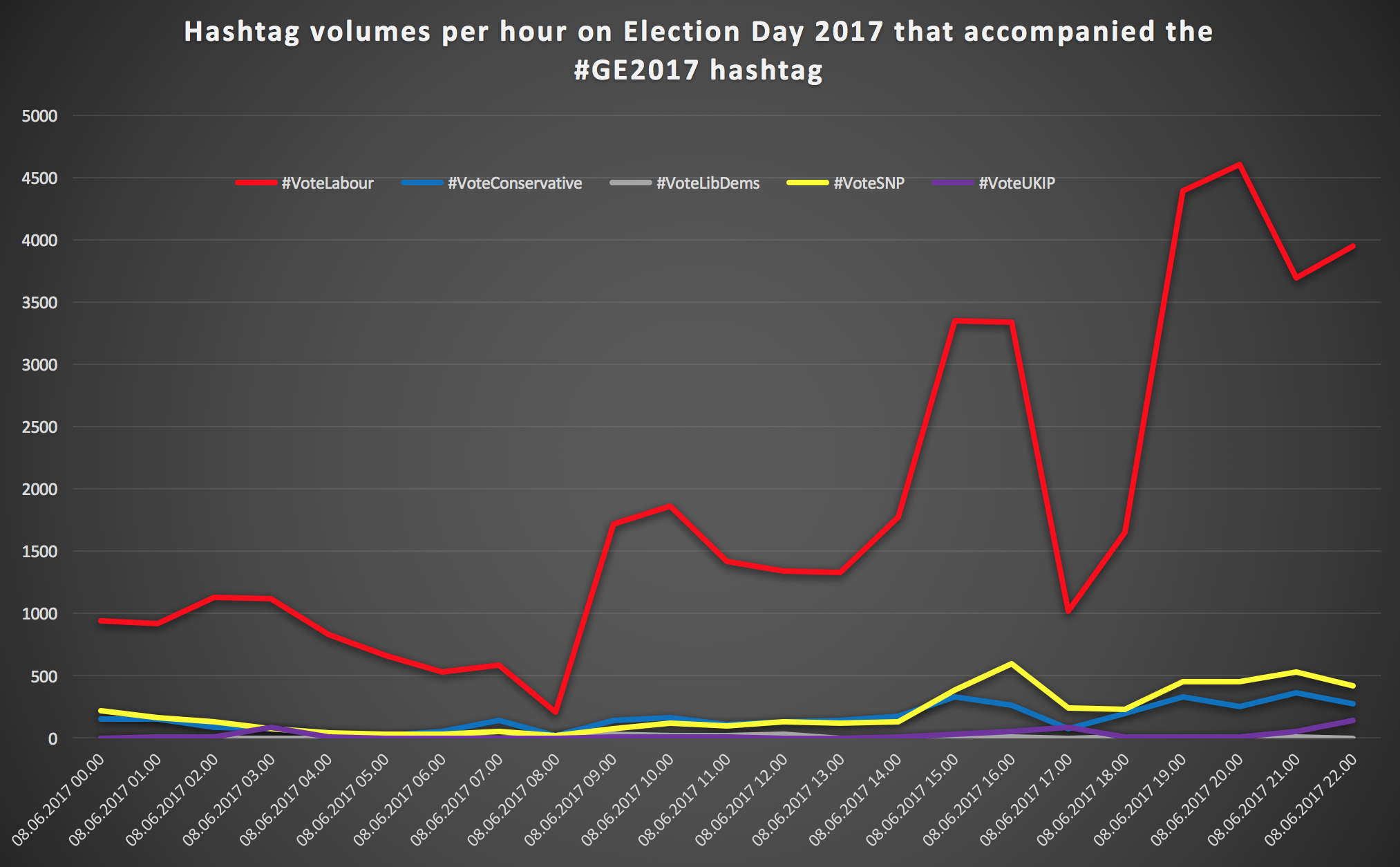 Did we see any obvious external interference in the 2017 UK elections? Nope.

The top URLs shared over the two weeks leading up to the election included the following:

Most of the popular URLs shared on Twitter were supportive of the Labour party, a reflection of Labour’s strong social media campaign. These findings support the fact that young voter turnout was, across the board, higher than in previous elections. Labour-run campaigns encouraging young people to vote were clearly successful, and in some constituencies, the youth vote actually changed the outcome.

Non-authoritative opinion-piece articles made up less than 10% of all URLs shared during the same time period. Notable examples included:

Although the headlines look sensational, they’re nothing compared to what politically-oriented UK tabloids (such as The Sun and The Mirror) usually print.

In general, “non-authoritative” articles linked in Twitter weren’t politically biased towards one particular party. This is in stark contrast to the French presidential elections, where the majority of URLs shared on Twitter pointed to anti-Macron articles.

Articles from “US alt-right” sources (such as Breitbart) that dominated Twitter during the French elections were notably absent on Twitter.

I couldn’t find any popular hashtags exhibiting bot-like behavior. An insignificant number of the top Twitter posters during the past two weeks were from outside the UK. Those Twitter users who did post on regular intervals were news agencies and self-confessed bots designed to Tweet on regular schedules.

No blaming “outside interference” for this election outcome.