I’ve just started experimenting with Tweepy to write a series of scripts attempting to identify Twitter bots and sockpuppet rings. It’s been a while since I last played around with this kind of stuff, so I decided to start by writing a couple of small test scripts. In order to properly test it, I needed to point towards an active account. So, I opted for @realDonaldTrump.

After collecting data from the past 12 months, Sean and I realized that it should be broken into four separate sets to provide context. Here’s how we’ve broken it down.

The following diagram shows activity based on time and day, broken down by the four time periods defined above. As you can see, the highest Twitter activity has always occurred between early and mid-afternoon. Note the almost complete lack of activity between 08:00 and 12:00. Anybody developing Twitter bots for trading purposes might want to flag any activity on this account during that time-slot as “out of band”, and worthy of closer attention. 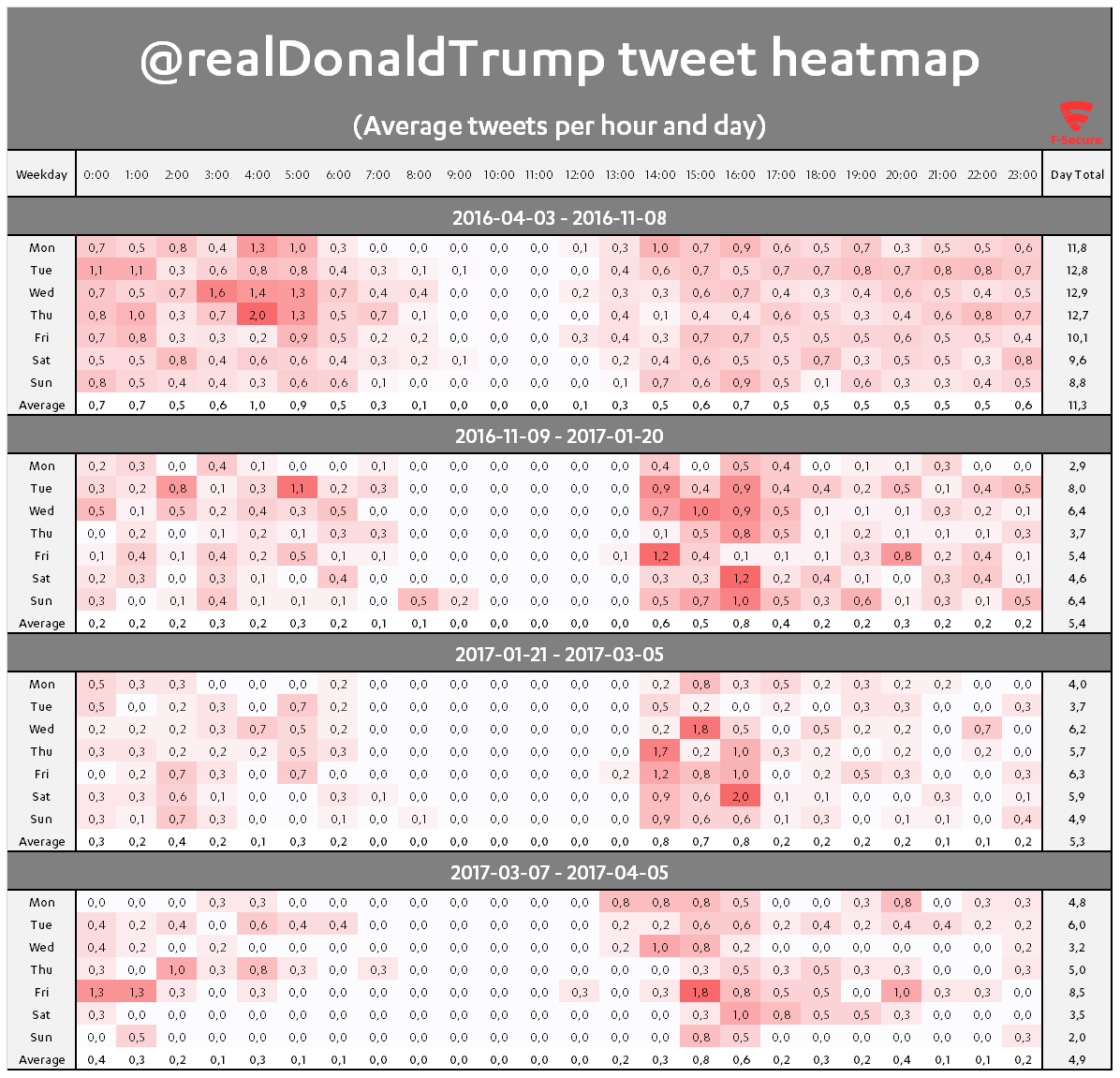 Notice the last graph? This is the change of behavior I alluded to earlier. Prior to March 7th, 2017, Tweets posted via “Twitter for Android” were always in the overwhelming majority. The only other data set that shows significant iPhone usage is the election campaign period. And those Tweets can be most likely attributed to campaign staff.

So, how much did @realDonaldTrump Tweet before and after becoming POTUS?

During the run up to the 2016 elections, @realDonaldTrump’s account posted about twice as many Tweets per week as in the following months. The above graph also nicely illustrated the switch from Android to iPhone on week 10 of 2017. Here’s another graph that illustrates it. 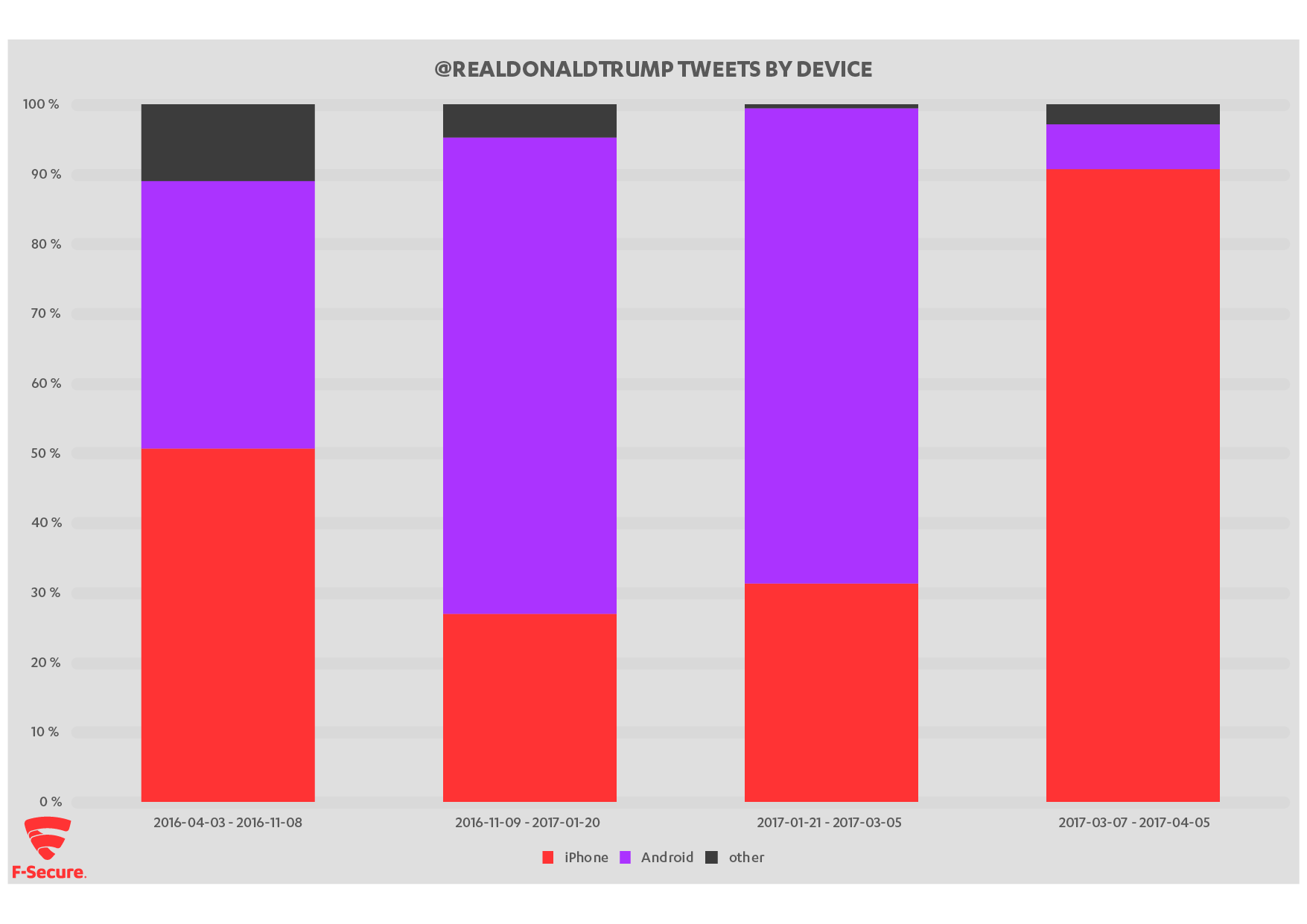 Well, why did @realDonaldTrump’s account suddenly shift from Android to iPhone? It could have been something that was in the works (for security reasons). Or… it might have something to do with this Tweet.

How low has President Obama gone to tapp my phones during the very sacred election process. This is Nixon/Watergate. Bad (or sick) guy!

Whatever the reason, the “schedule” remains more or less the same.

Perhaps we’ll build a bot of our own. It’s a work in progress, and I’ll post on this more in the future.