Can you keep track of all the devices in your connected home?

A new F-Secure report, The Connected Home’s Second Wave, takes a look how a new breed of early adopters with families is leading a drive to make smart homes more functional.

The report takes a look at consumer surveys from 11 countries and finds the explosion of devices that go online began in the middle of the last decade, led by the massive adoption of smart TVs. This led to the creation of smart home entertainment centers with internet-connected streaming devices, speaker systems and gaming consoles. 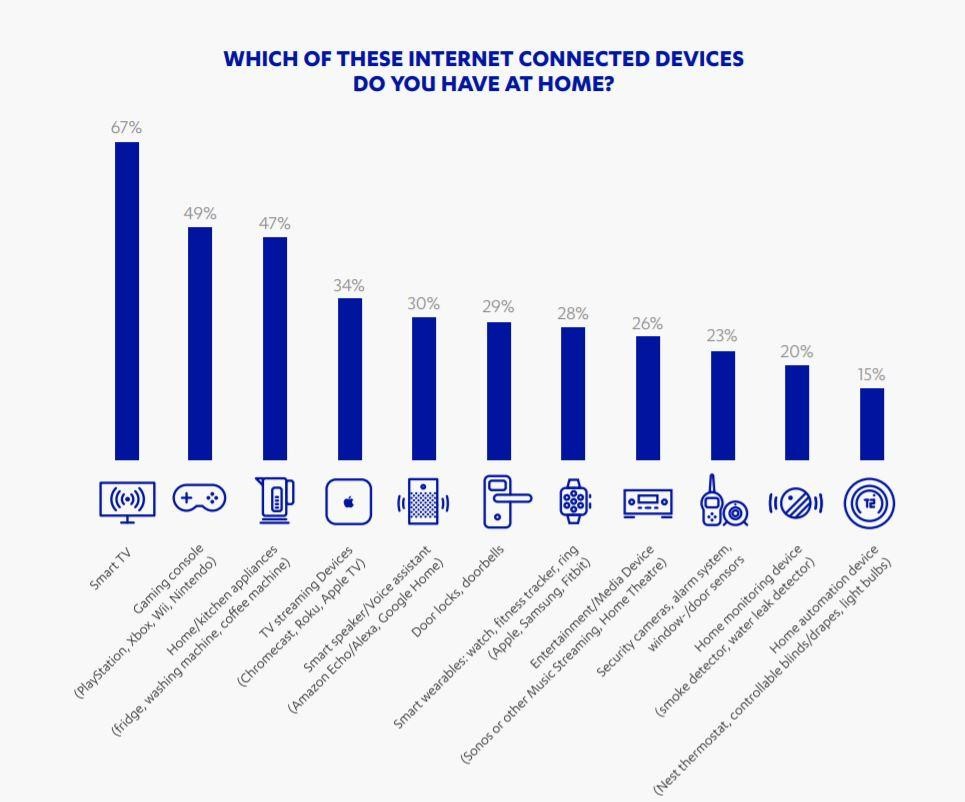 In the last few years a “second wave” of the connected revolution began. Consumers have pursued and manufacturers have delivered devices that do more than entertain. With smart speakers, like the Amazon Echo and Google Home, homes with voice-activated, internet-connected thermostats, security systems and locks have become commonplace.

The increased functionality has made smart homes more personal and the data that devices collect even more intimate. Well over half, 60% of consumers, worry about an attacker hacking into their smart home devices, though these concerns vary by country. 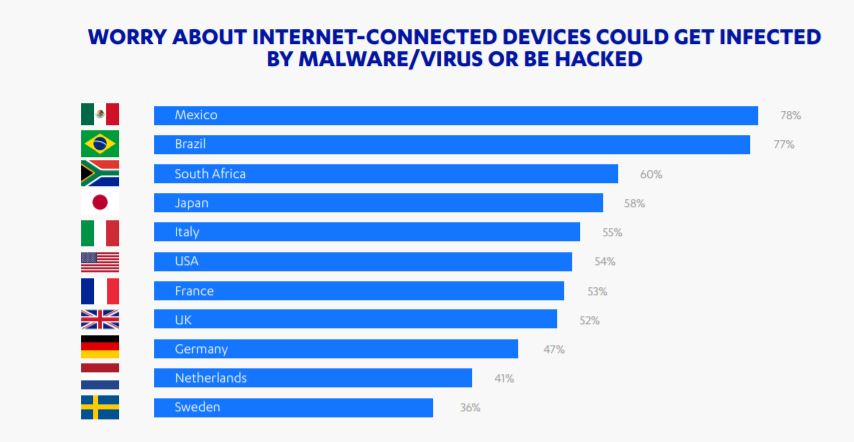 Almost six in ten, 59%, fear someone collecting their personal information, while 55% worry about someone tracking their online behavior. 51% expressed concern about someone watching what goes on in their home, and 48% have anxiety about someone listening to them through their smart home devices.

Connecting a device to the internet makes sense for consumers if doing so offers a benefit to them. But manufacturers often want to connect things to the web because there’s something that benefits them — data.

And the ability to keep track of which devices go online and which don’t is likely to get more difficult in the future.

He believes the more connectivity we add to our homes, the more vulnerabilities we create.

“And I’m actually much more worried about stupid things online than smart things.”

So how many “smart” devices do you have?

The phenomenon Mikko is warning about may already be coming true.

New parents in the early adopter category can easily end up with several connected devices dedicated to monitoring a new baby’s well-being. From smart heart rate monitors to smart basinets to multiple webcams, the accumulation of connected devices can quickly match the multiple online-capable devices that often accompany smart TVs.

If you can’t keep track of all of your “smart” devices, how can you even begin to protect them?